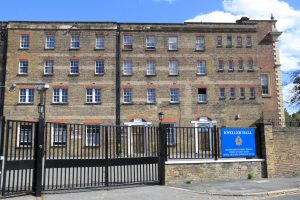 This report examines the Ministry of Defence's progress in optimising its estate and disposing of sites that are not needed.

In 2016, the Ministry of Defence (the Department) published its strategy to optimise the defence estate. The Department recognised that its estate is too large and that its scale, nature and location had not evolved enough to accommodate the Armed Forces’ future needs. It proposed disposing of sites it no longer needed to help meet its 2015 Spending Review commitment to reduce the size of its built estate by 30% by 2040-41. The Department’s strategy also supported its commitment to meet government-set targets to raise £1 billion by the end of March 2021 through disposals, and to release enough land by March 2020 on which to build 55,000 homes.

Between 1987 and 2016, the NAO reported six times on the Department’s management of its estate, highlighting a lack of progress in aligning the estate with military need. Our 2016 report concluded that the Department had started to improve its management of the estate but that the success of its latest estate optimisation strategy was uncertain, with a risk that it would not achieve its expected financial benefits.

This study examines the Department’s progress since 2015-16 in delivering this estate optimisation strategy and disposing of sites that are no longer needed.

In 2016, the Department launched its estate optimisation strategy, which highlighted the crucial role of the estate in supporting military capability. Yet in the five years since we last reported, the Department has continued in the cycle of re-organising and re-planning its estates disposal programme and has made limited progress in rationalising its estate. It has cut the size of the built estate by just 2% and reduced its estimate of DEO Portfolio’s net benefits from £2.4 billion to £0.65 billion. Despite this, some of the changes over the past year mean that the Department is now better placed to rationalise its estate. In particular, it has resolved the funding shortfall on its estate disposal programme and has agreed site disposals with the TLBs. More broadly, the Integrated Review also provides the Department with clarity on future military capabilities and force structure, which will influence the size and location of the estate it needs.

The Department must now seize the opportunity to rationalise its estate and carry out planned disposals. It is still too early to judge whether its changes, such as the revised governance arrangements, will prove successful and the complexity and time needed to complete site disposals remain a significant challenge. Also, it is not yet clear whether cost pressures will grow as the Department better understands the costs of providing sustainable new accommodation on sites receiving relocated personnel. So far, the Department has yet to demonstrate it can deliver value for money from its estate. Continuing pressures on the use of the defence budget mean the need for a more affordable estate that supports military personnel and capabilities remains as strong now as it was in 2016.