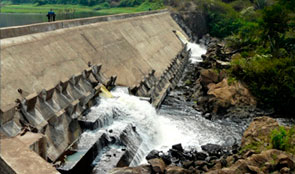 Despite providing substantially increased funding for PIDG (up to £700 million by 2015), the Department has not exercised enough oversight to ensure value for money has been achieved.

“The Private Infrastructure Development Group is providing important benefits to poor people in difficult environments, but DFID does not have enough good evidence to show that funding PIDG is the best option. Furthermore, DFID’s financial control has been lacking, allowing the PIDG Trust to hold nearly £27 million worth of DFID funding since 2012. The Department has recently made good progress in tackling these issues which will put it in a better position to demonstrate value for money, but I consider that it should have taken more action earlier given its decision in 2011 to increase funding for PIDG five-fold.”

The Department for International Development is the main funder of the Private Infrastructure Development Group (PIDG), a multilateral organization that invests in infrastructure projects in developing countries. DFID has worked to improve PIDG’s governance and strategic thinking, but its oversight of PIDG has overall been insufficient to ensure value for money from its substantially increased funding.

Many PIDG projects look likely to achieve good development impacts and financial returns, often in difficult environments in Africa and south Asia. PIDG aims to operate where the private sector would not otherwise invest, to demonstrate the commercial viability of infrastructure projects that provide jobs or services for the poor such as steel foundries in Nigeria or hydropower plants in Uganda. DFID has increased its funding of PIDG and, by December 2013, its total funding of £414 million represented 70 per cent of all contributions to PIDG to date.

According to today’s report by the National Audit Office, DFID has been successful in encouraging PIDG to improve its targeting of investments and performance reporting. The Department has also increased its resources for overseeing PIDG and wields more influence than other donors.

However, the Department has not ensured sufficient monitoring and transparency of PIDG administrative costs, although recent developments should strengthen PIDG’s processes. Some PIDG board members made large expense claims: for instance, 15 flights were booked from 2011, each costing over £5,000. PIDG revised its travel policy in July 2014. PIDG has not regularly published or monitored its total administrative and operational costs, which the NAO estimates were around £23.8 million in 2012, representing 2.8 per cent of funds available to invest.

DFID paid some money into the PIDG Trust well before funds were paid out, because of over-optimistic expectations. Between January 2012 and February 2014, an average of nearly £27 million remained in the Trust, with a cost to the UK taxpayer of between £0.2 million and £2 million. DFID kept its holdings under review but was too optimistic about when funds could be used.

The NAO considers that DFID’s decisions to invest in PIDG have sometimes been based on insufficient analysis and scrutiny, and is concerned that DFID lacks sufficiently robust information to demonstrate that investment in PIDG is the best option.

Amongst the NAO’s recommendations are that the Department should improve how it critically reviews its funding of the activities of multilateral bodies such as PIDG, releasing funds only once there is a clear need for the money and the capacity to make good use of it.