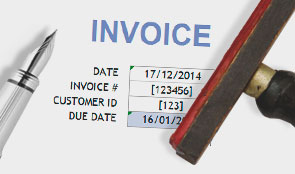 There is little evidence that government’s commitment to pay 80% of undisputed invoices within 5 working days is having the intended effect of helping the UK’s 5 million small and medium-sized enterprises.

“UK businesses told us they welcome the government’s commitment to pay invoices early. However, there has been a disappointing lack of effort by government to check whether the implementation of the policy is actually helping SMEs. We are also seriously concerned about the prompt payment performance figures publicly reported by departments. These were overstated by the four departments we looked at. It remains to be seen whether the changes proposed in the Small Business, Enterprise and Employment Bill and secondary legislation will be enough to bring about improvements, not just in public sector payment practices but the private sector as well.”

There is little evidence that the government’s commitment to pay 80% of undisputed invoices within 5 working days is having the intended effect of helping the UK’s 5 million small and medium-sized enterprises (SMEs), according to a report by the National Audit Office.

Central government spends £40 billion a year on goods and services, of which about £4.5 billion is spent directly on purchases from SMEs.

Today’s report finds that, while UK businesses welcome the government’s commitment to pay invoices more quickly than the 30 days required by law, there is a risk that the policy boosts the working capital of main contractors rather than benefiting other businesses down the supply chain.

While SMEs report that, in general, government pays more quickly than the private sector, they also say that, in about a third of cases, their public sector clients take more than 30 days to pay them. Government departments have reported good performance against the 5-day prompt payment commitment. But the NAO has looked in detail at four departments (the Ministry of Defence, Home Office, Department for Business, Innovation & Skills and Cabinet Office) and found their reported performance is skewed in their favour by a high volume of low-value electronic transactions with a few large suppliers. These departments are failing to record the date many paper invoices are first received and, as a result of a lack of accessible guidance and non-compliance by departments, their reported performance is overstated and not comparable.

Departments currently report their performance based on the number of invoices paid within 5 working days of the recorded date of receipt at their bill paying team. The NAO found that the four departments take much longer than 5 days to pay most suppliers, including SMEs. When measured from the invoice date, these departments took between 3 and 7 weeks to pay 80% of the value of paper invoices (commonly used by SMEs). The NAO concludes that the Cabinet Office cannot demonstrate that the implementation of the prompt payment commitment is achieving its intended purpose and therefore providing value for money.

Government officials were unable to locate the original papers setting out the policy objectives and estimated costs and benefits of the 5-day prompt payment commitment. The NAO has generated its own estimates, indicating that government suppliers could benefit from reduced interest costs of up to £88 million a year as a result of government paying invoices in 5 working days rather than 30 calendar days. The policy also increases government’s working capital requirement, and the NAO estimates this generates a cost to the taxpayer of £55 million a year in increased interest costs on government debt.

The NAO finds that the centre of government has until recently shown little strategic leadership in relation to prompt payment in the public sector. Amongst the NAO’s recommendations is that the Cabinet Office should set out the principal objectives of the 5-day payment commitment and its benefits and costs.