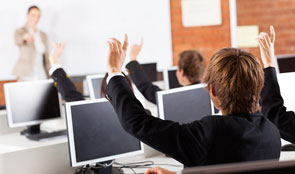 Performance and capability of the Education Funding Agency

The Education Funding Agency has fulfilled most of its day-to-day responsibilities, but faces increasing expectations from the Department for Education.

“Given the Agency’s expanding remit and rapidly growing customer base, it must now bring together its existing improvement plans and quickly implement an operating model capable of dealing with the new demands. Our experience of similar bodies in other sectors suggests that the Agency might otherwise become overloaded, to the detriment of its own performance and risking value for money across the education system.”

The Education Funding Agency, responsible for distributing some £51 billion a year to fund the education of over 10 million learners and the building and maintenance of school and sixth form colleges, has fulfilled most of its day-to-day funding and assurance responsibilities. However, it faces growing demand for its services and increasing expectations from the Department for Education.

According to a report published today by the National Audit Office, the Department had a clear rationale for creating the Agency in 2012. However, it is not clear how the Department assesses the Agency’s capability and capacity to take on new responsibilities, such as implementing the Youth Contract for 16-17-year-olds.

In 2012-13, the Agency confirmed allocations for academies on time as their number almost doubled, and made payments on time for some 3,000 institutions providing education and training for students aged 16-19. In some areas, however, the Agency’s performance did not meet expectations. Plans to complete a survey of the school estate by a challenging deadline of October 2013 were not achieved owing to inconsistent data from local authorities. It will now cost the Agency £6 million in unplanned spending to survey 8,000 schools, potentially diverting resources from other projects.

The Agency forecasts that its customer numbers will rise by 50 per cent to almost 12,000 between 2012-13 and 2015-16. Based on planned staff numbers, this will mean that the ratio of customers to staff members could increase from 10 to 1 to 13 to 1. In addition, five per cent of staff positions were vacant in November 2013. Although the situation is improving, the Agency has faced difficulties in filling vacancies because the skills it requires, such as in construction and IT, are in short supply.

The Agency has several improvement plans, which it is bringing together in a single operating model. Although information is critical to the Agency’s business – for example, data from education providers on numbers and types of student – the Agency does not yet have an approved information strategy; although it is developing one in accordance with Cabinet Office requirements.

It is also currently working to improve customer service, and published a charter in January 2013 outlining what customers could expect from the Agency. These improvements were hampered by the slow progress initially made in improving IT, compromising its ability to reduce costs and improve information and customer service, although its plans in this area are now accelerating. This is essential for reducing costs and meeting growing demand.