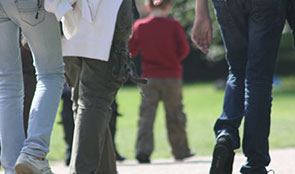 Two government programmes aiming to help families with multiple challenges, such as unemployment and anti-social behaviour, are starting to provide benefits but considerable challenges remain.

“These innovative and ambitious programmes are beginning to provide some benefits but elements of both are underperforming.  This is the result of poor coordination between the departments when designing and implementing their programmes; and of the risks taken in launching the programmes quickly.  To achieve value for money, the departments must do more to understand how local authorities and providers react to the incentives in payment-by-results arrangements. To achieve their objectives, the departments need to continue to liaise with one another and monitor the success rate of both programmes, adjusting them when necessary. They must continue to work with local authorities and contractors to understand why performance is so varied, intervene if it does not improve, and quickly build an evidence base to show which interventions work best.”

Two government programmes introduced to help families with multiple challenges, such as unemployment, antisocial behaviour and truancy, are already having an impact, according to the National Audit Office. However, key aspects of performance need to improve if the ambitious targets set by the two departments responsible for the programmes are to be met

One programme, Troubled Families, was introduced by the Department for Communities and Local Government to ‘turn around’ in three years the lives of 120,000 families estimated as facing multiple problems; the other, Families with Multiple Problems, by the Department for Work and Pensions to move 22 per cent of people in families with multiple problems joining the programme towards employment within three years.  Both are innovative and seek to address multiple challenges by joining up the work of local service providers. Both programmes also have elements of payment‑by‑results.

Today’s report recognizes that the rationale for the programmes is strong. The estimated cost to the taxpayer of providing additional services to the 120,000 families is currently some £9 billion a year.  And, while it is too early to assess the value for money of the programmes, there is  evidence that families are beginning to benefit.  Local authorities have used funding to support a number of additional interventions with the targeted families. Local agencies are working together better; and support given by contractors is starting to help family members enter employment.

However, there is a risk that the expectations for the programmes will not be achieved. Evidence from programmes similar to that of the DCLG suggests that local authorities will need to invest further to meet its target. And there is limited evidence for the DWP’s expectations that its programme will lead to work for over a fifth of participants.

While local authorities in England have, by the DCLG’s definition, turned around 22,000 families to date, exceeding its own target by three per cent, local authorities have attached only 62,000 families to the programme, 13 per cent below the number of families that, in the NAO’s estimation, might reasonably have been attached.  The departments expected that local authorities would refer families to the DWP scheme; however, referrals have been low and, despite opening new referral routes up, the programme is operating with only 26 per cent of its expected volume of attachments.  The DWP programme has achieved only 720 employment outcomes, just four per cent of its target and no provider met the Department’s target for this measure.

Today’s report points out that the two departments did not work together enough, when designing and implementing their programmes, and there is considerable overlap.  Whilst payment‑by‑results has benefits, both departments could have done more to understand its risks. Neither department is likely to achieve all the potential benefits of using payments‑by‑results.  And performance varies significantly between the best and worst performing local authorities and the best and worst performing contractors.