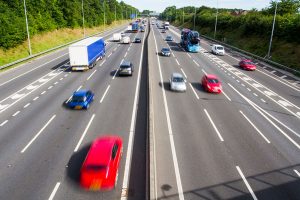 Progress with the Road Investment Strategy

The first Road Investment Strategy represents an important step forward towards better long-term planning of the strategic road network. However, the speed with which it was put together created risks to deliverability, affordability and value for money.

“The Department and Highways England need to agree a more realistic and affordable plan if they are to provide optimal value from the Road Investment Strategy”.Highways England has been working to address the risks to deliverability, affordability and value for money that were present in 2015, but we are now nearly two years into the 5-year road investment period. Decisive action needs to be taken before the updated delivery plan is published in the summer if shortcomings in the current strategy are not to be carried over into future road investment periods.”

The Department for Transport (the Department) and Highways England need to take decisive action before the summer if they are to deliver optimal value from their Road Investment Strategy (the Strategy), the National Audit Office said today. The first Road Investment Strategy, which covers the 5 years between April 2015 and March 2020, is an important step towards better long-term planning of England’s strategic road network. But the speed with which it was put together has created risks to deliverability, affordability and value for money which could be carried forward into future road investment periods.

In 2013 the Government committed £11.4 billion of capital funding to improving motorways and A-roads during road period 1 (2015-20), with £7.7 billion for 112 major enhancement projects and other projects designed to, for example, promote cycling, improve air quality and encourage economic growth. The remainder was allocated to the renewal of the existing network.

The Department planned the Strategy in 17 months, in order to publish it before the May 2015 General Election. As a result of this, the Department selected projects without knowing whether they would be the best value and 54 of the 112 projects are currently scheduled to start in 2019/20, which could cause significant disruption to motorists.

The Department chose to set a capital programme which was forecast to exceed funding by £652 million. This ‘over-programming’ had been standard practice in the Highways Agency, as it was expected that some schemes would be delayed or drop out of the portfolio as it was refined. By August 2016, the amount by which forecast capital costs exceeded available funding had increased to £841 million.  This is partly because the original investment plan did not take into account all the capital costs, such as post-project evaluations and IT investment, which will cost an estimated £409 million.

So far Highways England has completed six projects on or ahead of schedule and has started construction on a further 19, with 16 planned to be on or ahead of schedule. Highways England forecasts that these projects will be delivered 5% over budget. Highways England met its efficiency savings target of £33 million for 2015-16, and expects to exceed its target for 2016-17, but it has to achieve 70 per cent of its savings target of £1.2 billion in the final two years of the strategy. Highways England is also facing challenges in recruitment of staff to cope with the increased workload. It plans to procure contracts for 57 projects in 2017, compared to six in 2016, but is 19% below its target headcount for procurement and commercial specialists who are in high demand. Highways England has been filling gaps with consultants and interim staff, who cost on average three times more than permanent employees.