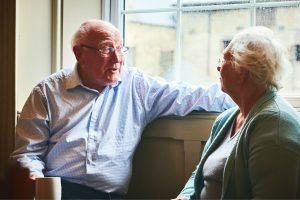 This report outlines how the public service pensions landscape has changed since the Hutton Review and highlights future challenges.

In general, public service pensions have become more expensive over time as the number of people receiving them has increased, owing to more members entering retirement and living longer. This trend applies across public and private pensions and is consistent with international experience. In 2010 the government established the Independent Public Service Pensions Commission, chaired by Lord Hutton (the Hutton Review) to undertake a fundamental structural review of public service pensions. Following the Hutton Review final report in March 2011, and a period of negotiations with trade unions representing public service employees, the government introduced reforms intended to manage the future costs of providing pensions.

This report outlines how the public service pensions landscape has changed since the Hutton Review and highlights key challenges for the future. We examine data from the four largest pay-as-you-go pension schemes (NHS, teachers, civil service and armed forces) across the past 20 years to draw out long-term trends in pension costs and benefits.

State pensions and private sector pensions are outside the scope of this study, as are the schemes of privatised industries, such as the Royal Mail, or bodies that receive substantial public money but operate independently, such as the BBC. We do not make a judgement on whether public service pensions are affordable, as we consider this a policy decision.

The report is structured as follows:

Public service pensions are a notable benefit to public servants. HM Treasury focuses on the affordability of these pensions and who pays for them. The total costs of providing pensions have been increasing over time, reflecting increasing numbers of pensioners. The government’s pension reforms over recent years have contained the rise in future taxpayer costs by making pensions less generous and by increasing contributions from employees. However, taxpayer funding has increased and it will take decades for the full effects of the 2011–2015 reforms to be seen in the government’s affordability measure. The balance of taxpayer funding has shifted from central payments by HM Treasury to employer contributions by departments and organisations to ensure that employers bear the consequences of their employment decisions.

However, HM Treasury needs to monitor more than just affordability. Government’s approach to protecting those nearest retirement has been ruled unlawful and will cost time and money to resolve. The government’s reforms also take no account of pensions as a recruitment and retention tool, with pensions continuing to be relatively inflexible; the only real choice for most employees is to stay in the scheme or opt out altogether.