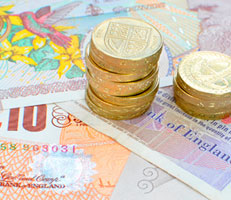 Reducing costs in the Department for Transport

The Department for Transport started its preparations for the 2010 spending review early and took steps to improve and challenge the evidence on which it based its decisions with a view to securing value for money.

"The Department for Transport was quick off the mark in preparing for the spending review. However, while the Department had elements of a strategic vision, there was no real long-term plan for reducing costs sustainably." "Securing good value for money in future will depend on the Department’s continuing to develop a longer-term approach to transport planning, based on a full understanding of costs and value; and its further reforming the transport system to operate effectively for less cost."

The National Audit Office has commended the Department for Transport for starting its preparations for the 2010 spending review early and taking steps to improve and challenge the evidence on which it based its decisions with a view to securing value for money. This was done within a short timescale and with limited flexibility over key areas of spending. At the time of the review, the Department had elements of a strategic vision but there was no comprehensive long-term plan against which to make decisions for the spending review period, 2011-12 to 2014-15. Spending decisions in transport often result in long-term commitments making it difficult to vary spending plans at short notice.

The 2010 spending review set a transport budget that is 15 per cent lower in 2014-15 compared with 2010-11. The Department conducted a structured process to identify potential areas for budget reductions informed by its high level objectives. All areas of spending were affected, but the Highways Agency sees the biggest reduction, with a budget falling from £3.2 billion in 2010-11 to £2.1 billion in 2014-15. The Department felt constrained in altering some areas of spending, most significantly excluding from consideration the current grant to Network Rail. In a sample of 73 per cent of the Department’s budget, over half of the reductions, compared to planned spending, are the result of cuts, delays to new investment or higher fares rather than new approaches to delivering the same services for less.

At the time of the spending review, the Department had a good understanding of the relationship between costs and benefits regarding specific transport projects such as Crossrail and national road schemes. Information was less good in other areas. The Department commissioned work to improve its information on the costs and benefits from grants to Transport for London and local authorities. The weakest understanding of the relationship between cost and value was in rail, where there was no analysis of the relative benefits and costs of reductions in the scope of rail franchises or increases in passenger rail fares.

There are risks to value for money in decisions taken by the Department to reduce costs following the 2010 spending review. There is a risk now that a proportion of the budget reductions in road maintenance and rail budgets may not be financially sustainable. Budget reductions of £1.23 billion will be made to national and local road maintenance; however, this includes £223 million of unspecified efficiencies, risking deterioration in road quality and higher long term costs to the Department or local authorities. Continuing to meet its objectives within lower budgets will depend on the Department’s finding new ways to deliver the objectives.

One year after the spending review, it is too early to assess with confidence progress on the major cost reduction measures, as most of the critical milestones against which progress can be judged lie ahead.