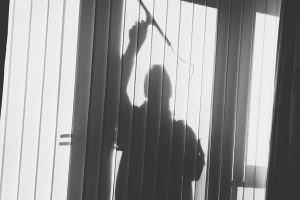 Until the government is able to establish effective oversight of the modern slavery system as a whole, it will not be able to significantly reduce the prevalence of modern slavery or show that it is achieving value for money.

“The campaign to drive out modern slavery is in the early stages. So far it is helping to establish the scale and international nature of this issue. To combat modern slavery successfully, however, government will need to build much stronger information and understanding of perpetrators and victims than it has now.”

Until the government is able to establish effective oversight of the modern slavery system as a whole, it will not be able to significantly reduce the prevalence of modern slavery or show that it is achieving value for money, according to today’s report from the National Audit Office.

The Home Office has an incomplete picture of the crime, the victims and the perpetrators. Accountability within the modern slavery strategy is unclear, oversight of victim support is inadequate and few cases have led to prosecution. The NAO also finds that the Home Office has limited means of tracking its progress and there remains much more to do to ensure victims of modern slavery are identified, protected and supported effectively.

The Modern Slavery Strategy was introduced by the Home Office in 2014 and aimed to significantly reduce the prevalence of modern slavery. The 2015 Modern Slavery Act made provisions for slavery, servitude, forced labour and for human trafficking, including for the protection of victims and for an Independent Anti-Slavery Commissioner.

The Home Office has laid some important foundations for achieving its goal to significantly reduce modern slavery. Annual adult referrals of potential victims to the National Referral Mechanism (NRM) have increased substantially between 2014, when the Modern Slavery Strategy was introduced, and 2016, showing that more potential victims are being identified. It has introduced new legislation requiring businesses to report what they are doing to prevent human trafficking in their supply chains and published a typology of modern slavery offences and offenders in the UK in October 2017.

The Strategy does not include measures of success for its objectives nor a definition of what success looks like and accountability for delivering the modern slavery strategy is unclear. There are a wide variety of public sector organisations delivering the modern slavery strategy, alongside NGOs, and a number of governance boards with different oversight responsibilities. The Home Office does not know how much is spent on tackling modern slavery across government, or how effectively this money is spent. The Home Office is not able to instruct how other departments use their resources but has a role in helping them prioritise.

The Home Office found in its 2014 review that the NRM support system needed to be redesigned, but it has not yet made any changes. However, it did set up pilots of changes to the NRM in August 2015 and published its evaluation and announced reforms in October 2017.The NAO analysis of NRM data revealed multiple errors, making it difficult to use it to understand modern slavery crime. The Home Office is aware of these problems and is currently digitising the system in order to improve accuracy.

It is taking the National Crime Agency and Home Office longer than they expect to decide whether people referred to the NRM are victims of modern slavery, causing further distress and anxiety to vulnerable people. The Home Office has not put in place a robust, independent inspection regime to check the quality of care and support provided in safe houses to potential victims and has no way of evaluating the quality of care provided. There are currently no minimum care standards for safe houses that support potential victims.

Police forces’ approach to tackling modern slavery and the number of NRM referrals made varies significantly by region. There has been increasing use of the Modern Slavery Act to prosecute defendants, but there have been few prosecutions and convictions for modern slavery offences.  However, as modern slavery cases take a long time to build and it is likely to be at least one year until the increased focus of law enforcement organisations is reflected in a higher number of prosecutions.