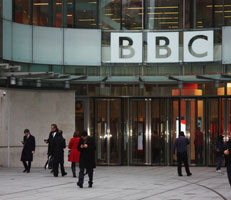 “We asked the NAO to carry out this review following public concern about the size and frequency of severance packages at the Corporation, and this report shows that those concerns were justified. Although the BBC has achieved significant savings in its senior manager pay bill, some of the NAO’s conclusions are deeply worrying, particularly the failure to follow agreed severance policies in a number of cases as a result of weak governance from the BBC Executive in the past. Such practices are unacceptable, and I have no doubt that they will, quite rightly, be met with considerable dismay by licence fee payers and staff alike.

“The Trust is clear that there cannot be a repeat of such a fundamental failure of central oversight and control. We welcome the Director-General’s plans to introduce a cap on severance payments to £150,000, bringing it well under that operated by the Civil Service, and we have asked the Exec to increase the transparency of the BBC’s severance payments by disclosing more information in the Annual Report and Accounts. We will also expect a follow-up review to be carried out within two years.”

“The BBC has too often breached its own already generous policies on severance payments. Weak governance arrangements have led to payments that exceeded contractual requirements and put public trust at risk.

“The BBC’s proposal to cap redundancy payments, announced in 2013 by the new Director General, is a signal of change for the better. It is well below the maximum that applies to civil servants.”

The savings the BBC has made from senior manager redundancies exceed the cost of severance payments, according to a report today from the National Audit Office for the BBC Trust. However, the spending watchdog found that the BBC has breached its own policies on severance too often and without good reason, exceeded contractual entitlements and put public trust at risk.

The report concluded that the severance payments for BBC managers have therefore provided poor value for money.

Among the NAO’s recommendations are that the BBC should include within its remuneration strategy the principles that will guide decisions on severance entitlements, and ensure that its revised severance polices are communicated clearly and consistently applied. The BBC should increase scrutiny of severance payments that differ from standard entitlements.

The BBC Trust accepts these recommendations and will ensure they are implemented in full. In its published response to the NAO’s report the Trust has said that: