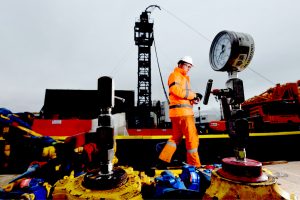 Fracking for shale gas in England

This report sets out the facts about the government's support of shale gas development in England.

Hydraulic fracturing (fracking) is a technique used to recover gas from shale rock. In England, this rock lies deep underground primarily in Yorkshire, the East Midlands and the North West. Fracking involves injecting a mixture of water, sand and chemicals at high pressure through a well. Typically, the well is first drilled vertically into the ground, and then horizontally. The water creates fractures in the rock and the sand lodges into the spaces to keep them open. This allows the released gas to flow out of the rocks and travel to the surface. The Department for Business, Energy & Industrial Strategy (the Department) leads government’s policy for shale gas development.

Fracking for shale gas is the subject of media, public and Parliamentary interest. This report sets out the facts about the government’s plans to support shale gas development in England to help Parliament consider whether taxpayers’ interests are being protected effectively. It covers: