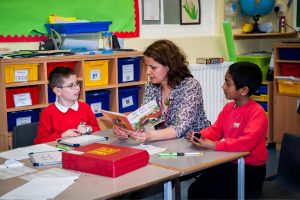 Support for pupils with special educational needs and disabilities in England

This report assesses how well pupils with special educational needs and disabilities are being supported.

The government substantially changed the system for supporting children and young people with SEND in September 2014, under the Children and Families Act 2014. The aims of the reforms were for: children’s needs to be identified earlier; families to be more involved in decisions affecting them; education, health and social care services to be better integrated; and support to remain in place up to the age of 25 where appropriate. The government has also made clear the importance of mainstream schools providing good support for pupils with SEND. During our work, we heard concerns from stakeholders and directly from parents and carers about whether children with SEND are being supported effectively and about the impact of shortcomings in support.

This report assesses how well pupils with SEND are being supported. We examined:

How well pupils with SEND are supported affects their well-being, educational attainment and long-term life prospects. Some pupils with SEND are receiving high‑quality support that meets their needs, whether they attend mainstream schools or special schools. However, the significant concerns that we have identified indicate that many other pupils are not being supported effectively, and that pupils with SEND who do not have EHC plans are particularly exposed.

The system for supporting pupils with SEND is not, on current trends, financially sustainable. Many local authorities are failing to live within their high-needs budgets and meet the demand for support. Pressures – such as incentives for mainstream schools to be less inclusive, increased demand for special school places, growing use of independent schools and reductions in per-pupil funding – are making the system less, rather than more, sustainable. The Department needs to act urgently to secure the improvements in quality and sustainability that are needed to achieve value for money.