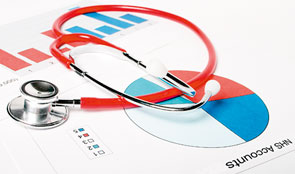 “We said in November 2014 that the trend of NHS trusts’ and NHS foundation trusts’ declining financial performance was not sustainable. We repeat this view today. Running a deficit seems to be becoming normal practice for acute trusts. There is a risk that poor financial performance is seen as the least worst option compared with poor healthcare provision. The Department, NHS England, Monitor and the NHS TDA must take a rounded view of how to improve trusts’ finances. The government’s commitment to give the NHS more funding, with almost half of this coming upfront, could be a significant step towards financial sustainability, if this funding can be devoted to improving the financial position of trusts rather than dealing with new costs. Continued demand for healthcare services means that the pressure on acute trusts will not go away. Until there is a clear pathway for trusts to get back to financial stability, we cannot be confident that value for money will be achieved.”

The financial performance of acute hospital trusts has significantly declined in the last year and their financial position looks set to worsen in 2015-16, according to the National Audit Office.

The deterioration in the financial position of NHS trusts and NHS foundation trusts has been severe and worse than expected, with their £843 million deficit in 2014-15 representing a sharp decline from the £91 million deficit reported in 2013-14.

Overall, the financial position of NHS bodies worsened in 2014-15, as NHS commissioners, NHS trusts and NHS foundation trusts together moved from a surplus of £722 million in 2013-14, to a deficit of £471 million.

In June 2015, the Department of Health announced limits on some elements of trust spending in response to the worsening financial position of NHS trusts and NHS foundation trusts. Today’s report warns, however, that the response by the Department, Monitor and the NHS Trust Development Authority might come too late to improve the 2015-16 financial position. The revisions and resubmissions of trusts’ 2015-16 financial plans have created an unsettled planning period, and might make it difficult for NHS trusts, NHS foundation trusts, the NHS TDA, and Monitor, to meet targets, measure progress and ultimately manage resources effectively.

The government has committed to giving the NHS £8.4 billion more in this Parliament. It is not yet clear that the Department, NHS England, Monitor and the NHS TDA have the coherent plan that is needed to get trusts’ finances back on track and to close their estimated £22 billion gap between resources and patients’ needs by 2020-21.

Despite recent efforts to work together, interventions from the Department and its arm’s-length bodies risk creating perceived or actual competing priorities for trusts. One area where advice to trusts could have created actual or perceived conflicts is on safe staffing. The Department’s interventions to reduce trusts’ spending on agency nursing staff, for example, came at a time when acute trusts needed to recruit more nurses to meet safe staffing guidelines, and when the vacancy rate for permanent nursing staff was high.

The NAO warns that effective oversight by the Department and its arm’s-length bodies will become harder if the number of trusts in financial distress rises further. While the Department and its arm’s-length bodies have taken steps to learn how trusts could reduce costs, the wider use of this learning and how it will improve trusts’ finances overall is not clear.
Today’s report also reported that making savings through the redesigned models of healthcare will be challenging. The NHS’ new models of care aim to integrate services around the needs of the patient, but are relatively new and untested.