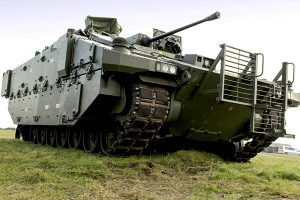 This report assesses the problems that the Ajax programme has encountered and the challenges the MoD faces in delivering it.

Ajax is an armoured fighting vehicle which should provide the Army with its first fully digitised platform. The Ministry of Defence (the Department) has a £5.522 billion firm-priced contract with General Dynamics Land Systems UK (GDLS-UK) for the design, manufacture and initial in-service support of 589 vehicles. At December 2021, the Department had paid GDLS-UK £3.167 billion and, at this point, GDLS-UK had designed the vehicles, built 324 hulls and assembled and completed factory acceptance testing of 143 vehicles. The Department had received 26 Ajax vehicles, as well as associated training systems and support.

The programme has encountered significant problems. In 2014, the Department extended its expected in-service date by three years when it set an initial operating capability (IOC) of July 2020. The programme subsequently missed a revised target date of June 2021. In 2021, the Department publicly acknowledged concerns about excessive levels of noise and vibration on the Ajax vehicles, leading the minister for defence procurement to make regular statements to Parliament on the programme’s progress and the possible impact on the health of its crews who had been testing the vehicles. These issues remain unresolved, and the Department has not yet set a new target date for IOC.

This report assesses the causes of the problems that the Ajax programme has encountered since 2011 and considers the challenges that the Department now faces in delivering the intended capability. We set out:

The Department expects Ajax to improve its armoured vehicle capability significantly. So far, it has insisted that GDLS-UK will deliver 589 Ajax vehicles for the agreed contract price of £5.522 billion. But the in-service date has already increased by four years and the Department does not know when it will be able to start using the vehicles. The programme continues to face significant problems and there is not yet agreement on the causes of critical safety issues or how these will be resolved. There are other technical issues which still need to be addressed and wider problems in developing the enabling capabilities that will allow Ajax to achieve full capability. These problems mean that the Department has not demonstrated value for money on the £3.167 billion it has spent so far through this contract.

The Department’s and GDLS-UK’s approach was flawed from the start as they did not fully understand the scale or complexity of the programme. A series of programme management failures have since led to missed programme milestones and unresolved safety and technical issues. The two parties remain in dispute over unresolved contractual, safety and technical issues. The Department faces a significant challenge and difficult decisions if it is to deliver the programme, with a risk that the problems might prove insurmountable. To deliver value for money from the programme, the Department must introduce the capability that it set out to achieve, without costs escalating or further delays in introducing the capabilities. We have seen similar problems on other defence programmes, and the Department must ensure that it learns lessons to prevent a reoccurrence of failings across its £238 billion equipment programme.