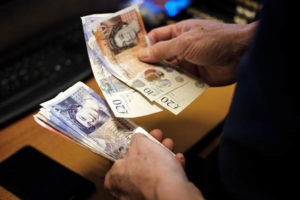 The Bounce Back Loan Scheme: an update

This report provides an update on the Bounce Back Loan Scheme.

The Chancellor of the Exchequer announced the Bounce Back Loan Scheme (the Scheme) on 27 April 2020. The Scheme was the largest of three COVID-19 related business support loan schemes and sought to provide to the smaller end of small and medium-sized enterprises (SMEs) a “simple, quick, easy solution for those in need in of smaller loans”. The Department for Business, Energy & Industrial Strategy (the Department) launched the Scheme on 4 May 2020, offering loans of up to £50,000, or a maximum of 25% of annual turnover, to support businesses during the pandemic.

The loans were provided by commercial lenders (for example, banks, building societies and peer-to-peer lenders) directly to businesses who are expected to repay the debt in full. Government provided lenders a 100% guarantee against the loans (both capital and interest). This means if the borrower does not repay the loan, government will step in and pay the lender. The loans have a fixed interest rate of 2.5% and a maximum length of 10 years. In the first year of the loan there are no capital repayments due, and the government pays the interest – making it interest-free for the borrower.

This report follows on from our October 2020 investigation into the Scheme:

The report does not assess the Scheme’s value for money as the outcome for businesses, lenders, and the taxpayer will not be known for some time.

To achieve the policy intention of supporting small businesses quickly during the pandemic, the government prioritised payment speed over almost all other aspects of value for money. The Scheme facilitated faster lending by removing credit and affordability checks and allowing businesses to self-certify their application documents. As the Scheme progressed, it continued to rely on businesses self- certifying their application details, even as the urgent need for finance reduced. Government ruled out options for additional upfront counter-fraud measures when the Scheme was extended. The impact of prioritising speed is apparent in the high levels of estimated fraud. Counter-fraud activity was implemented too slowly to prevent fraud effectively and the Department’s focus is now on detection and recovery of fraudulent loans.

The Department needs to improve upon its identification, quantification, and recovery of fraudulent loans within the Scheme. Compared with the scale of its ‘most likely’ estimate of £4.9 billion of fraudulent loans, both the £32 million additional budget for counter-fraud operations, and its target to recover at least £6 million of fraudulent loans from organised crime, are inadequate. The Department has given low priority to tackling ‘bottom-tier’ fraud, including those loans where borrowers misstated turnover by less than 25%, owing to resource constraints. It expects lenders to focus on this fraud tier, but they have limited commercial incentives to do so.