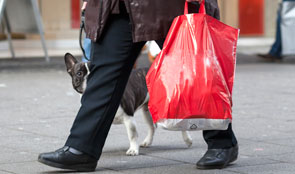 The Business Impact Target: cutting the cost of regulation

The approach to reducing the cost of regulation is set up to ensure that government can hit a £10bn target but misses the point by not truly reducing costs on businesses.

“The government will not be in a position to demonstrate that its work to reduce regulatory costs is providing value for money, until more robust evidence is available. The current system is set up to ensure that government can hit its target. But it misses the point by not truly reducing burdens on businesses where they feel them most. If the Target is to have a greater impact on productivity and growth, the government must improve its understanding of businesses’ overall experiences, and prioritise their most pressing concerns.  Departments will also need to take a more active role in reducing regulatory costs and assessing the impacts of their regulatory decisions.”

Limitations in the government’s approach to reducing the cost of regulation mean the scope of the Business Impact Target is open to manipulation, and may not reflect a realistic business-centred view of regulatory costs, according to today’s report from the National Audit Office.

The Business Impact Target aims to reduce the cost of regulation by £10 billion between 2015 and 2020. The Better Regulation Executive (BRE), a joint Department for Business, Innovation & Skills and Cabinet Office unit, is responsible for developing and implementing a framework for achieving the Target. The NAO’s 2014 survey of business perceptions, published jointly with the Department for Business, Innovation and Skills, found that 51% of businesses saw the level of regulation in the UK as an obstacle to business success.

Today’s report found that the government does not know how much cost businesses incur as a result of its existing regulations. This means that it cannot know how ambitious its target for reducing regulatory costs is. So far this Parliament, the £8.3 billion of expected regulatory costs imposed on business that are not included in the scope of the Target greatly exceed the £0.9 billion savings that are.

According to the NAO, the Target does not and is not designed to reflect all administrative and regulatory costs to business, who also bear costs including tax administration, self-regulation and complying with EU regulation. There is no overall picture of how these costs affect businesses, making it difficult for the government to prioritise its efforts.

Today’s report also found that the BRE has not assessed the costs to departments and regulators of complying with its processes. As a result, it cannot be sure that its approach is making the best use of their limited resources. Some departments told the NAO that the complexity of complying with BRE rules diverts resources away from genuine deregulatory activity. The NAO estimates that the departments’ Better Regulation Units cost £2.3 million per year and the BRE and RPC together cost £4.1 million in 2015-16. These estimates do not include costs incurred by departmental policy teams or regulators.

In addition, although HM Treasury guidance says that departments should monitor the ongoing impact of their regulatory decisions, they rarely do so. This means that departments could miss opportunities to adapt policies in ways that would help businesses. Lack of evaluation means that the government cannot know the real impact of its efforts on business.

According to the NAO, the government does not ensure the wider social costs and benefits of regulation are adequately considered. Although businesses are concerned about the cost of regulation, some stakeholders have raised concerns that deregulation could have harmful wider effects.