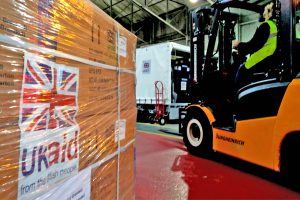 This report focuses on what Official Development Assistance spending is achieving in practice.

In 2010, the coalition government committed to spending 0.7% of UK gross national income on overseas aid – known as Official Development Assistance (ODA) – from 2013 onwards. This is the proportion of a nation’s income that the United Nations has said developed countries should aim to spend on overseas aid. In 2015 this commitment became legally binding. The Department for International Development (DFID) has always spent the majority of the UK’s ODA expenditure. But the proportion of total ODA it spends has decreased from 89% in 2013 to 81% in 2015 to 72% in 2017. ODA spending by other government departments, by cross-government funds, and through other payments and attributions has almost trebled over this period.

This is our fourth report on the UK’s ODA spending. Our previous reports highlighted a number of challenges departments across government faced in meeting the ODA target. For example, making sure they had sufficient ODA eligible programmes on which to spend the budget. We also noted the support DFID had provided, such as on programme management, to departments which had seen a sudden and considerable increase in their ODA allocations.

This study builds on our other reports on DFID’s and wider government’s management of ODA by focusing on what this spending is achieving in practice. We considered whether:

Government’s success in meeting the ODA spending target is clear – it has done so for the last five years. It provides clear reporting on which departments and other bodies are spending the ODA budget and on what types of assistance.

However, there is insufficient focus on departments’ capacity to implement programmes and on their effectiveness. Centrally, government makes limited use of performance information generated by departments, inhibiting its ability to make changes to improve effectiveness. Consequently, it still remains unclear whether government is achieving its objectives in the 2015 UK Aid Strategy. Widening ODA expenditure to other departments has increased risks to effectiveness and it is not clear whether the intended benefits of drawing in wider skills have been realised. Government’s desire to demonstrate the value secured from ODA spending is further undermined by its lack of progress improving transparency, a key objective of its own aid strategy.

Taking this together, whilst there is good evidence that many programmes within the £14 billion portfolio are securing an impact individually, overall government is not in a position to be confident that the portfolio in its totality is securing value for money.