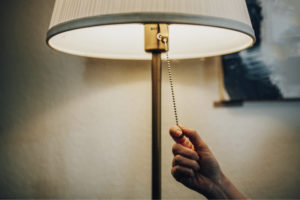 This report examines the recent exit of energy suppliers from the market and government's role in managing the exits.

Since the energy market was opened to competition from the 1990s, domestic energy consumers have been free to choose their domestic energy supplier. In the decade after it was opened to competition the energy supplier market consisted of six large energy companies, and a similar number of small suppliers; however, since 2010, smaller companies began to enter the market in greater numbers. The total number of domestic suppliers went from 12 in December 2010 to 23 in May 2022, with a peak of 70 suppliers in mid-2018. By September 2021, the new entrants held around 40% of the market share.

In 2019, the Department for Business, Energy & Industrial Strategy (the Department) introduced a price cap on some types of tariff, which Ofgem has been required to operate since. The Department intended that the price cap should ensure that customers pay no more than a fair price for their energy. The price paid by a typical customer purchasing energy by direct debit at the price cap will have increased by 78% from £1,105 per year in the winter of 2018-19 to £1,971 in the summer of 2022. Between mid-2021 and spring 2022, the wholesale market price that suppliers paid for gas and electricity increased to unprecedented levels. Partly because of the increase, during the period between July 2021 and May 2022, 29 energy suppliers failed, affecting nearly four million households in the UK.

This report aims to set out the facts regarding the recent exit of energy suppliers and to evaluate Ofgem’s and the Department’s roles in the events leading to the exits and how well they handled them. It covers:

Ofgem could not have prevented the increase in wholesale prices in 2021 from significantly affecting consumers, but it did not do enough in the years that preceded it to ensure the energy supplier sector was resilient to external shocks. By allowing many suppliers to enter the market and operate with weak financial resilience, and by failing to imagine a scenario in which there could be sustained volatility in energy prices, it allowed a market to develop that was vulnerable to large-scale shocks and where the risk largely rested with consumers, who would pick up the costs in the event of failure. Ofgem has operated the SOLR process effectively in that it has ensured households faced no disruption to their supply. But the sheer number of supplier failures means a significant additional cost on every bill at a time when wider cost increases are already causing major financial challenges for many households. Ofgem has rightly recognised that it must quickly improve its capacity to oversee the financial resilience of individual suppliers and the sector as a whole.

Ofgem, along with the Department, must also ensure the supplier market recovers from its current state, where high wholesale prices combined with the price cap has stifled some aspects of competition, and where ongoing volatility means many suppliers still face financial risks. But this recovery needs to facilitate a longer‑term transition of the supplier market to one that truly works for consumers and supports the achievement of net zero. This is a significant and difficult task, requiring Ofgem and the Department to maintain the capacity to consider the longer‑term objectives while managing the short-term challenges of stabilising the market. This will require a nuanced approach to regulation that finds a balance between its aims of competition, innovation, resilience and affordability for consumers.