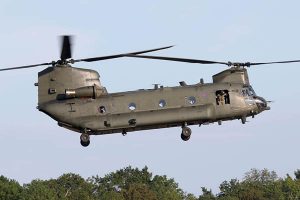 This report examines whether the Ministry of Defence has managed to reduce the risks to affordability in its Equipment Plan.

The Ministry of Defence (the Department) publishes its Equipment Plan (the Plan) report each year, setting out its spending plans in equipment procurement and support projects over the next 10 years. The Department introduced its first Equipment Plan in 2012 after a period of weak financial management. The Secretary of State for Defence invited the Comptroller and Auditor General to examine the robustness of the Equipment Plan’s underlying assumptions. Each year since then the NAO has published a report examining the Department’s assessment of the Equipment Plan’s affordability and its response to the financial challenges it faces. These assessments have shown that the Department has consistently found it difficult to strike the right balance between increasing equipment capability and living within its means.

In November 2020, as part of the Spending Review, HM Treasury announced that the Department would receive an additional £16.5 billion above the amount the Department had assumed it would receive between 2021-22 and 2024-25. This was followed by the government’s publication of the Integrated Review of security, defence, development and foreign policy and the complementary Command Paper on Defence in March 2021, which set out policy intentions for defence over the next decade. The Department announced that the combination of these reviews and the settlement represented a real chance to remedy the affordability problems it had struggled with in its equipment planning over many years, as well as a chance to make a step-change in defence capability.

The Department received £16.5 billion additional funding over four years in the 2020 Spending Review both to support the 2021 Integrated Review’s ambitious agenda and to cover previous funding shortfalls. The Department has taken difficult decisions to reduce spending in some areas to allow it to spend more on its highest priorities. It will carry out further work to assess what the changes in the Integrated Review mean for equipment in next year’s Plan. However, in this year’s Plan, risks remain of over-optimistic assumptions about future budgets, costs and the likely achievement of savings targets. There is a real risk that, despite the additional funding it has received, the Department’s ambition outstrips the resources available to it.

The new multi-year spending settlement gives the Department a rare opportunity to break old habits and set the Plan on course to be affordable. Despite some recent improvements, the Department continues to have to take short-term decisions to balance the books, restricting the delivery of equipment and reducing value for money. Some key arrangements and capabilities which need to be in place for an affordable and cost-effective Plan are still absent. These include: a consistent basis of preparation and reporting, the right incentives in place in the budgeting process for TLBs to focus on long term value for money rather than short term fixes, sufficient financial skills and a long‑term approach to efficiencies and savings. To build confidence in the Plan, the Department also needs to deliver promised reform of the management of equipment procurement and support.