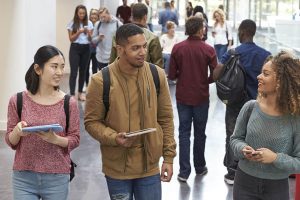 Young people are making complex choices about higher education without much effective help and advice, and the institutions concerned are under very little competitive pressure to provide best value.

“We are deliberately thinking of higher education as a market, and as a market, it has a number of points of failure. Young people are taking out substantial loans to pay for courses without much effective help and advice, and the institutions concerned are under very little competitive pressure to provide best value. If this was a regulated financial market we would be raising the question of mis-selling. The Department is taking action to address some of these issues, but there is a lot that remains to be done.”

Only 32% of higher education students consider their course offers value for money, and competition between providers to drive improvements on price and quality has yet to prove effective, according to today’s report from the National Audit Office.

The Department for Education’s (the Department’s) up-front public funding for higher education students in England is now over £9 billion a year, up from £6 billion in 2007/08. In recent years, the government has increasingly delivered higher education using market mechanisms, in particular relying more on student choice and provider competition to improve quality, and value for money. Some 85% of up-front funding now follows students directly, in the form of tuition fee loans, up from 23% over the same period.

Prospective students are in a potentially vulnerable position when deciding whether to enter higher education and take on a student loan. Graduates earn, on average, 42% more than non-graduates.  However, graduate earnings for some providers and subjects are lower than for non-graduates, emphasising the importance of making an informed choice. The average student debt, for a three-year course, on graduation is £50,000.

The NAO finds that the Department needs a more comprehensive approach to the oversight of the higher education market, and must use the proposed regulatory reforms to help address the deficiencies identified in this report, if students and the taxpayer are to secure value for money. The Department began consulting on a new regulatory framework for higher education in October 2017, focusing on improving student choice and outcomes, and seeking to address a number of weaknesses in the market.

Higher education has a more limited level of consumer protection than other complex products such as financial services. The Department has improved information available to help prospective students choose their course and provider, but only one in five use it and additional support does not adequately reach those who need it most. The Department plans further improvements as part of its new regulatory framework, but requirements for higher education providers to ensure that prospective students understand their prospects are limited.

The report outlines that the proportion of young people from disadvantaged backgrounds entering higher education has increased, but participation remains much lower than for those from more advantaged backgrounds. The percentage of 18- and 19-year-olds attending higher education from the lowest participation areas of the country (which correlates closely to lower socio-economic status) increased from 21% to 26% between 2011 and 2016. However, 59% attend from the highest participation areas, a difference that is mostly explained by educational achievement at school. Furthermore, increased participation among disadvantaged students is weighted towards lower-ranked providers, which risks creating a two-tier system.

There is no meaningful price competition in the sector and market incentives for higher education providers to compete for students on course quality are weak. In 2016, 87 of the top 90 English universities charged the maximum permissible fee of £9,000 a year for all courses. The relationship between course quality and providers’ fee income is also weak. The NAO finds that, on average, a provider moving up five places in a league table gains just 0.25% of additional fee income.

Students can do little to influence quality once on a course. The sector ombudsman considers that providers have improved their handling of complaints and feedback, with a 25% drop in student complaints referred to it since 2014. However, students are unable to drive quality through switching providers. There is also not yet evidence that more providers entering and exiting the market will improve quality in the sector, and protections for students are untested.

The Department provides grant funding for high-cost courses, many of which it considers strategically-important. Providers’ costs vary from £7,000 for some subjects to £20,000 for others. The NAO finds that the cheaper a course is to run, the more likely a provider is to maintain offers in the face of declining applications or expand student numbers in response to more applications.