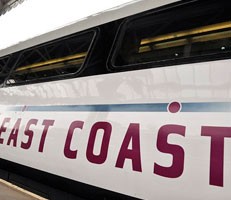 The Department for Transport protected the taxpayer and secured value for money in the termination of National Express’s InterCity East Coast franchise.

"In terminating the East Coast passenger rail franchise, the Department for Transport acted decisively to protect the public interest and achieved value for money by avoiding the significant risk that other holding companies would seek negotiated exits from their loss-making franchises."

The Department for Transport took a tough line in negotiating with the owner of the InterCity East Coast franchise, National Express, before terminating the franchise agreement in 2009, according to the National Audit Office. The Department avoided disruption to passenger services and protected the taxpayer, securing overall value for money.

In awarding the contract to National Express in 2007, the Department had applied lessons learnt from the failure of the previous franchisee, Great North Eastern Railway, and got a good deal. Adequate protections for the taxpayer had been included in the contract if the franchisee got into financial difficulties. At the time, forecasts indicated a very low probability of an economic downturn and the Department did not consider it necessary to stress test bids for deliverability in such circumstances.

By January 2009, however, the Department considered that the franchise was at high risk of failure. It refused to renegotiate the terms of the contract and the contract was subsequently terminated. The NAO report concludes that termination was the best way of protecting the taxpayer. If other franchises, which were seen as at high risk, had sought to renegotiate their contracts, the Department may have had to support them at an estimated cost of £200 million to £450 million.

The costs of setting up East Coast, the new publicly owned company to run the franchise, and its eventual return to the private sector are expected to be £15 million. National Express paid the Department of Transport £31 million on the termination of its contract. However, the final cost to the taxpayer will not be clear until the franchise has been re-let in 2012.