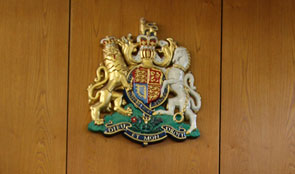 Progress has been made in improving the implementation of the MoJ’s language services contract, but there are a number of areas it and Capita still need to work on.

In a report on the Ministry of Justice’s contract for language services, the National Audit Office has found that progress has been made in implementing many of the recommendations made by the Public Accounts Committee (PAC) in December 2012. However, there are a number of areas where the Ministry and its contractor Capita still need to improve.

The Ministry is now performing audit checks of the security status of interpreters and some data generated by Capita. In addition, the number of interpreters available to work under the contract has increased significantly; spending outside the contract has decreased substantially for civil courts and tribunals; and the Ministry now routinely collects and monitors management information.

However, Capita is still not meeting the target to fulfil 98 per cent of bookings of interpreters, and performance fell temporarily by 8 per cent between December 2012 and April 2013 as a result of Capita’s reducing mileage payments to interpreters. Capita fulfilled over 94 per cent of bookings in November 2013, which is similar to performance a year earlier.  The work the Ministry has undertaken has not established whether, and if so to what extent, there is an ongoing problem with the recording of customer cancellations, although it has just introduced 100 per cent checks of these bookings. More than twice as many Tier 3 interpreters are being used under the contract since the NAO last reported.

The Ministry has also been slow to implement some PAC recommendations. A new assessment system for interpreters has not been implemented and an independent review of quality standards has not yet been performed.