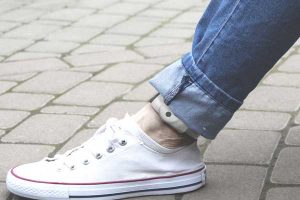 The case for a huge expansion of electronic monitoring using GPS was unproven, but the Ministry of Justice pursued an overly ambitious and high risk strategy anyway. Ultimately it has not delivered.

“The case for a huge expansion of electronic monitoring using GPS was unproven, but the Ministry of Justice pursued an overly ambitious and high risk strategy anyway. Ultimately it has not delivered. After abandoning its original plans, the Ministry’s new service will now, ironically, be much closer to its existing one. Even if it launches in 2018, it will still be five years late. The Ministry has learnt costly lessons from its failings but significant risks still remain.”

The Ministry of Justice (the Ministry) has so far failed to achieve value for money with its management of the new generation electronic monitoring programme, which is estimated to cost £130 million by 2024-25, according to the latest report from the National Audit Office. The service itself is expected to cost £470 million between 2017-18 and 2024-25. The Ministry pursued an overly ambitious strategy which was not grounded in evidence, and failed to deliver against its vision. It has learned from its previous failings, and has begun to make necessary improvements. But major risks remain.

The electronic monitoring of offenders has an important role in supporting rehabilitation in the community and as an alternative to prison. In 2011, the Ministry launched a programme to develop a new ‘world-leading’ ankle tag that combined radio frequency and GPS technology. It set out to procure the service using a new ‘tower’ delivery model, which incorporated contracts with four separate suppliers who would provide four different elements of the service, with their work pulled together by a contracted integrator.

The NAO’s report finds that the Ministry did not do enough to establish the case for a major expansion of location monitoring using GPS, and that the Ministry’s bespoke requirements for new world-leading tags proved too ambitious.

Furthermore, the planned timescale for the programme was unachievable. The Ministry initially allowed 15 months after signing the contract for the tags in August 2012 to develop, test, manufacture and deploy the new tags. Contracts, however, were not signed until July 2014 due to the discovery of overbilling by G4S and Serco, followed by two failed procurements for the tags. The Ministry has now appointed G4S as preferred bidder for the tags. It expects the new tags to be deployed from the end of 2018, completing roll-out six months later. This represents a total delay to the programme of five years.

Five years after initiation, the programme has not delivered the intended benefits. The Ministry had expected the programme to reduce annual monitoring costs by at least 9% (£9 million) and potentially up to 30% (£30 million). The Ministry has so far spent around £60 million and remains reliant on the legacy services. However it has reported savings of 10.6% by negotiating with Capita, the new monitoring supplier, which has streamlined the existing operation over time.

The Ministry’s governance arrangements were weak, causing slow decision making and allowing internal disagreements to persist. External reviews noted a lack of accountability to Senior Responsible Owners and unhelpful disunity between operational, technical, commercial and programme staff. This was compounded by a lack of capacity and capability in the context of high competing demand from other projects.

Following internal and external reviews of the programme in 2015 and 2016, the Ministry has taken action to address many of the issues. This includes changing approach to buying available off-the-shelf tags and bringing the integration function back in house. Leadership is now more stable and cohesive. In March 2017 the Infrastructure and Projects Authority assessed that the programme team had been reinvigorated following key staffing changes and that delivery confidence had improved. However significant risk remains. Achieving an effective new monitoring service without relying on a contracted integrator will require the Ministry to be much more closely involved than before in integrating the end-to-end service. It will have to build and sustain its technical and programme management capabilities to effectively perform this expanded role.