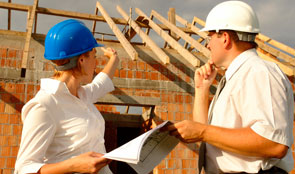 The NAO believes a review of the New Homes Bonus scheme is essential to ensure the Department understands the substantial financial risks to local authorities.

“Some local authorities could face significant cuts in their funding as a result of the New Homes Bonus scheme. While it is too early for the scheme to have had a discernible impact on the number of new homes, the signs are not encouraging." “The Department must now urgently carry out its proposed review of the scheme to ensure that it successfully encourages the construction of much-needed new homes.”

The Department for Communities and Local Government is not adequately monitoring the £1.3 billion New Homes Bonus paid to local authorities up to 2013-14. The scheme aims to deliver 140,000 new homes over the next ten years. While, as expected, it is too early for it to have had a discernible influence on the number of new homes, the financial risk to some local authorities is substantial because of the redistributive nature of the scheme.

The Department has plans to carry out a review of the New Homes Bonus during 2013-14, but has not decided upon its scope or methodology. The National Audit Office has called the review of the scheme essential, and for it to be carried out urgently.

The report has found some evidence that the New Homes Bonus has given authorities resources to allow them to continue activities such as identifying empty homes and bringing them back into use. But the scheme is mainly funded by redistributing central government’s core funding for local authorities. Some local authorities, particularly in areas where developers are less likely to want to build new homes, face losing large amounts of their funding from central government. These authorities face growing financial risks, including to future service delivery.

The Department estimated that the scheme would deliver around 140,000 additional new homes over its first ten years, increasing the supply of housing by between 8 per cent and 13 per cent. The new homes estimate was produced using very limited evidence. The estimate also contained an arithmetical error which significantly increased estimated construction rates. According to the NAO, the correct calculation of the increase in the housing supply would have been 6 per cent to 11 per cent, or 108,000 homes – 32,000 fewer than originally expected.

It is difficult for local authorities to persuade communities of the benefits of new housing. New housing is often unpopular with residents who may be concerned about pressure on local services, loss of amenities, traffic congestion and disruption during building. Some councillors, local authority officers and stakeholders with whom the NAO spoke suggested these views were often strongly held and difficult to change.