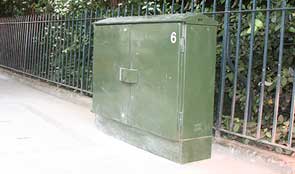 The programme to make superfast broadband widely available in each area of the UK is currently expected to be delivered nearly two years later than planned.

“The rural broadband project is moving forward late and without the benefit of strong competition to protect public value.  For this we will have to rely on the Department’s active use of the controls it has negotiated and strong supervision by Ofcom.”

A government programme to make superfast broadband available to 90 per cent of premises in each area of the UK is currently expected to be delivered nearly two years later than initially planned, the National Audit Office has reported.

The Department forecasts that the programme will complete its rollout 22 months later than planned. Only nine out of 44 local projects are expected to reach their original target of providing 90 per cent superfast coverage by May 2015. The delay is partly because gaining approval for the project under EU State aid rules took six months longer than expected. In June 2013, the government revised its target, and now aims to secure delivery of the rural broadband programme by December 2016, as well as 95 per cent superfast coverage by 2017.

The Department designed the programme with three sets of safeguards intended to work together to achieve value for money, recognizing that each would not be sufficient alone. These comprise the promotion of competition through a procurement framework; provision of assurance that bids made by suppliers are appropriate; and in-life contract controls over costs and profit levels.

Competition has been limited. The design of the competitive framework had the advantages of ensuring affordability and transferring risk but, together with State aid conditions and other commercial factors, led to potential suppliers withdrawing from the bidding process. BT was left as the only active participant in the framework and is likely to win all 44 local projects.

In addition, the Department has secured only limited transparency over the costs in BT’s bids. It does not have strong assurance that costs, take-up assumptions and the extent of contingency contained in BT’s bids are reasonable.

The Department has been successful though in securing in-life controls on value for money – such as only paying actual costs supported by invoices and ensuring that suppliers are paid only where they can demonstrate that they have reached key milestones. However, achieving value for money for the programme will in practice depend on scrutiny of hundreds of thousands of invoices and follow-up analysis of take-up rates. The success of such a safeguard will partly depend on the level of skill and resource available in the Department and local bodies during implementation and beyond.

The project funding contributed by BT has so far been lower than originally modelled – the Department now expects the company to provide just 23 per cent of the overall projected funding of £1.5 billion, some £207 million less than it modelled in 2011.  At the same time, by the end of the programme, BT is likely to have benefited from £1.2 billion of public money.