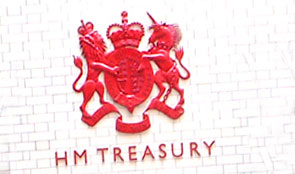 Under the Scheme, the Treasury guarantees that lenders to infrastructure projects will be repaid in full and on time, irrespective of project performance. The NAO is calling for the Treasury to be rigorous and objective in assessing whether the guarantees, which transfer risk to the public sector, are genuinely needed.

“The UK Guarantees scheme was introduced as a response to tough financial market conditions for infrastructure finance. Market conditions are now much less difficult but the Scheme is still supporting lending for new infrastructure projects. The Treasury takes a narrow view that guarantees are value for money if the fee covers the risk. It is good that Treasury has a formal governance process and commercial specialists to help evaluate, manage and set a price for risks to the taxpayer. However, we question whether this approach can measure long-term risks to taxpayers reliably. As market conditions improve, the Treasury should ensure that it is rigorous and objective in ensuring that guarantees for projects are genuinely needed and that the projects supported bring significant public value.”

The National Audit Office is calling on the Treasury to be rigorous and objective in assessing whether government guarantees for new UK infrastructure projects are genuinely needed and the projects are likely to bring significant public value.

The UK Guarantees scheme was introduced in 2012 because of adverse credit conditions, to avoid delays in investment in UK infrastructure projects that may have stalled. Since then, market conditions have improved. In today’s report, the NAO considers that the Scheme can play a role in enabling progress in some significant infrastructure projects. The Treasury has assembled an experienced commercial team and internal governance arrangements to measure and manage risks to the taxpayer.The Scheme is currently due to close in December 2016 and can support up to £40 billion in finance.

Under the Scheme, the Treasury guarantees that lenders to infrastructure projects will be repaid in full and on time, irrespective of project performance. The Scheme transfers project risk to government and ultimately the taxpayer, in return for a fee. Once the Treasury has issued a guarantee it cannot withdraw it or change the fee if project risk or market prices change. The length of exposure varies greatly: five years for an ethane import and storage facility at Grangemouth, up to 29 years in the case of the Mersey Gateway Bond and 44 years for the new University of Northampton campus.

The Treasury launched the Scheme in 2012, when private finance for infrastructure had been heavily constrained. Although market conditions have improved considerably, the Scheme continues to support lending for new infrastructure projects. To date, the Treasury has guaranteed £1.7 billion of finance across 8 projects and ‘prequalified’ (deemed eligible for support) 39 more projects. The prequalified projects have a total value of £34 billion, equivalent to 7% of the investment identified in the most recent National Infrastructure Plan (£466 billion) and could result in up to £24 billion in guarantees, including the Hinkley Point C nuclear power plant (up to £17 billion). The Scheme means that the Treasury was in effect the second most active lender to new UK infrastructure projects in 2014.

The Treasury intentionally designed the Scheme to be flexible and there is no upper limit on risk. Guarantees are available for projects meeting a broad definition of infrastructure (spanning energy, transport, health, education, courts, prisons and housing). The NAO found that the Treasury does not apply its eligibility criteria strictly, since it has not put in place objective tests to check whether projects genuinely need a guarantee. For example, the Treasury supported one £8.8 million project (to install energy saving lighting in 150 car parks) that is of a scale that cannot reasonably be described as meeting its ‘nationally significant’ test.

In providing guarantees, the Treasury does not consider the overall value for money of the projects, but uses a narrow test that the guarantee fee must represent a market price for the risk[1]. The NAO does not, however, have full confidence in the reliability or completeness of market benchmarks to measure actual risks to the taxpayer.

Investors in government guaranteed debt usually receive a higher return than on government gilts even though the credit risk is the same (this reflects that guaranteed debt is less easily tradable than government gilts, reducing its attractiveness to some investors). The Treasury assumes guaranteed debt will typically be priced at 0.5% above gilts, although it has achieved better results when the debt has been competitively auctioned. Based on the use of the Scheme to date and the expected take up until it closes, the illustrative extra cost through using guarantees as opposed to direct lending could be between £35 million and £120 million a year, with and without Hinkley Point C. 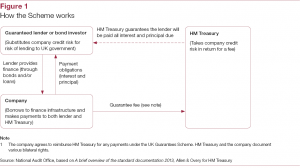