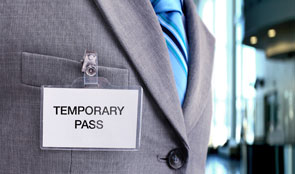 National Audit Office report: Use of consultants and temporary staff

Use of consultants and temporary staff

Annual spending on consultants and temporary staff has reduced by £1.5 billion since 2010 when strict spending controls were introduced. However, annual spend is now increasing once more and is between £400 million and £600 million higher than in 2011-12.

“Used well, consultants and temporary staff can be an important source of specialist skills and capabilities for departments that need to transform how they do business. But such specialist staff can be expensive, costing twice as much as their nearest permanent staff counterpart. Government spending on these staff has reduced significantly since 2010, when strict spending controls were introduced, but is now increasing once more. This suggests that the underlying issues have not been fixed. Professional workforce planning to address skills and capacity gaps in key areas is essential to drive down dependency on consultants and temporary staff”.

According to a National Audit Office report today, better scrutiny of proposals within government since 2010 has helped to reduce annual spending on consultants and temporary staff (C&TS) by £1.5 billion.  However, since 2011-12, annual spending on C&TS has gone back up by between £400 million and £600 million, while departments were reducing their permanent workforce. This pattern suggests a short-term reduction rather than a sustainable strategy.

Used well, C&TS can be a flexible and cost-effective part of a department’s workforce, for example to provide specialist skills that are required for a short period only. More of these skills may be needed following the 2015 Spending Review as departments will have to invest further in transformation projects while cutting their overall spending. Significant skills shortages remain in key areas needed to transform government, including project management and ICT.

Strategic workforce planning, assessing current staffing and skills against future needs, is critical in managing these cost pressures, but is under-developed in departments. This leads to short-term decision-making on the use of C&TS. In 2014 15, departments spent an average of 6% to 8% of the cost of their civil servants on C&TS, with individual departments ranging from 1% (HMRC) to 35% (Cabinet Office). The Cabinet Office recommends that departments review requests for C&TS but NAO found that this internal approval process is weak in some departments and the Cabinet Office itself did not always follow its own procedures. There is limited evidence so far that departments are reducing their dependence on C&TS.

Although some elements of the way departments manage consultancy assignments have improved since 2010, problems remain. For example, the Cabinet Office recommends that consultancy assignments be paid according to a fixed price or on delivery of pre-agreed outcomes, rather than a daily rate, but only around half were in 2014-15.  And departments appoint only about half of their consultancy and temporary staff through the CCS’s agreements as in many cases they are still using long-standing and local arrangements, which in some instances are more expensive than the CCS agreements. This reduces CCS’s ability to negotiate fees by using government’s spending power.

NAO analysis suggests that specialist staff are generally paid twice as much as comparable in-house staff.  Departments such as the Home Office and Defra sometimes have difficulty recruiting temporary specialists and go outside the CCS agreement to pay higher rates. Cabinet Office data suggests that, between 2011 12 and 2014-15, there was an 18% increase in the full-time equivalent annual cost of temporary staff – from an average of £48,000 to £56,500.