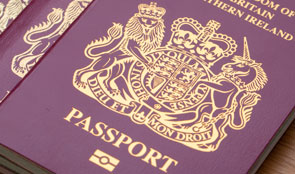 It is important that the services for vulnerable people at the Yarls Wood Immigration Removal Centre are delivered ‘right first time’ and this did not happen here. Steps are now being taken to address the problems but 35% of the recommendations from Her Majesty’s Inspector of Prisons’ 2015 inspection have not yet been implemented.

"It is important that services for vulnerable people, like those at Yarl's Wood, are delivered 'right first time' and this did not happen at Yarl's Wood. We do though give credit for the work that is now taking place to address the problems."

Concerns about operations at Yarl’s Wood were first raised directly with the NAO in late 2014 to early 2015. HM Inspectorate of Prisons (HMIP) inspected the Centre in April 2015 and reported that detainees were generally positive about staff and a majority of detainees said that most staff treated them with respect. However, the reviews highlighted issues around the quality of the services and facilities provided and the extent to which residents’ needs are met. We waited until other independent reviews were completed to understand what caused the problems that had been identified.  The NAO focused on the new contract management arrangements and how far the problems identified were caused by gaps in the new contracts between Home Office and Serco, and NHS England and G4S; or by contractors failing to fully implement the requirements of the contracts. We also examined what progress has been made since the reviews.