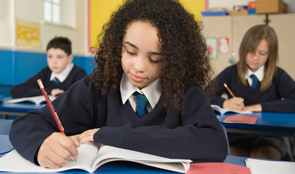 The Department is not able to demonstrate the effectiveness of how it and others intervene in underperforming maintained schools and academies.

“The Department for Education’s system for overseeing schools is still developing. The Department has been clear about the need for schools to improve and nationally education performance has done so. But there are significant gaps in the Department’s understanding of what works, and the information it has about some important aspects of school performance is limited.Greater school autonomy needs to be coupled with effective oversight and assurance. The Department has made some improvements but has further to go.”

The Department for Education has not demonstrated the effectiveness of the different interventions it and others make in underperforming maintained schools and academies, despite investing at least £382 million annually, according to the National Audit Office.

The NAO finds that the DfE and others, such as the Education Funding Agency and local authorities, have not tackled underperformance consistently. The spending watchdog, therefore, cannot conclude that the oversight system for maintained schools and academies is achieving value for money.

The Department has set the tone from the top by being clear about what constitutes unacceptable educational performance. Nationally, educational performance has improved but a significant number of children still attend underperforming schools. The NAO estimates that, in 2013/14, 1.6 million children (23%) were not attending a school rated as ‘good’ or ‘outstanding’ by Ofsted.

The Department and the Education Funding Agency do not know enough about school-level governance to identify risks. The DfE relies on local authorities to oversee governance arrangements in maintained schools, in line with legislation, but does not know whether or how well they do this. The Department has a ‘fit and proper person’ test for governors in new academy trusts but does not subsequently make checks on new governors to prevent risks, such as entryism.

Some academy sponsors are very successful, but the Department does not yet know why others are not. The DfE relies on sponsors to turn around underperforming schools but it does not collect information from sponsors about the type of support they give. Ofsted is unable to inspect sponsors and multi-academy trusts so there is no independent source of information about the quality of their work.