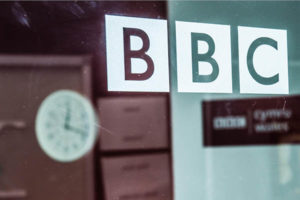 This report examines the BBC’s progress in delivering its savings and reform programme.

The BBC is primarily funded by payment of the television licence fee, receiving £3.75 billion from this in 2020-21. However, in recent years it has experienced a fall in both its audience share and in the number of people buying a licence as people do not need to buy a licence if they do not watch any licensable content. As of December 2021, the BBC and government were negotiating on the level of the licence fee after 2021-22.

The BBC’s cost pressures are heightened by the high level of inflation in the television and film industry. Additionally, the BBC is seeking to invest in developing its services to provide greater value to audiences and meet the needs of those viewing groups it regards as under-served. To fill the gap in its finances resulting from the 2015 licence fee settlement, the BBC is undertaking a five-year programme to deliver targeted savings of just over £1 billion a year by 2021-22.

This report examines the BBC’s:

The BBC has consistently made savings over the past decade. It has exceeded its original target of £800 million in annual savings by 2021-22 and is largely on course to achieve its revised target of £1 billion, which reflected the estimated financial impact of the COVID-19 pandemic. The focus for savings has necessarily shifted: in the early years of its current savings programme, the BBC successfully protected audience-facing services, but it has found this increasingly challenging to maintain. The BBC has reduced spending on its content while its audience numbers have fallen and it is not yet clear what the longer-term impact of this will be.

With a new licence fee settlement due, the BBC is likely to need to make considerable further savings. It will need to do this while also simultaneously delivering on its far-reaching reforms, attempting to address the decline in audience figures and taking advantage of the opportunities to improve productivity which have arisen from its response to the COVID-19 pandemic. To increase its investment in future reforms, the BBC also plans to grow its commercial income. Overall, the BBC must now balance the need to proceed at pace in delivering savings and reform with taking care that its decisions about how to achieve this do not further erode its position with audiences.