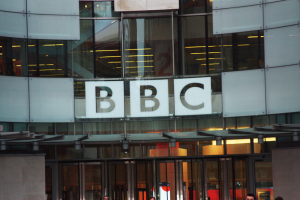 This report assesses how the BBC has positioned itself to respond to financial and strategic challenges and opportunities.

The BBC is primarily funded by households paying the television licence fee, receiving £3.52 billion in 2019-20. The BBC is also permitted by its Royal Charter to generate income from commercial activities, such as creating and selling television programmes. The BBC is independent of government but is a public corporation sponsored by the Department for Digital, Culture, Media & Sport (DCMS) and regulated by Ofcom.

The future of the BBC and its funding model is subject to considerable public and parliamentary debate, with a particular focus on how the BBC chooses to spend its money and whether the licence fee funding model remains appropriate. The BBC operates in a marketplace in which it increasingly competes not only with traditional television and radio services, but also with new online services, such as Netflix. The BBC began negotiations with government in November 2020 about the future funding it will receive from the licence fee, and will be subject to a mid-term review of its Charter by government between 2022 and 2024.

This report assesses how the BBC has positioned itself to respond to the financial and strategic challenges and opportunities within the media landscape in which it operates. It examines:

As it prepares for upcoming licence fee negotiations and subsequent mid-term Charter review, the BBC faces significant strategic financial challenges. In addition, its financial position as at the end of 2020 has been unexpectedly weakened by the impact of COVID-19, although not to the extent experienced by some other broadcasters. Despite its purpose of being a universal broadcaster and still being the most used media brand in the UK, the BBC has seen a notable drop in audience viewing times. In parallel, its principal source of income, the licence fee, has also declined, and the BBC now faces considerable uncertainty about the income it will receive from the licence fee at a time when its net commercial income is not yet at a level to make a significant contribution to its overall income position. The BBC believes its ability to overcome these financial challenges through its savings programme will be tested as it seeks to deliver the remaining savings which it considers most challenging.

In recent years, many of the BBC’s competitors have swiftly moved ahead in the global marketplace in terms of size and scale of services offered, gaining audiences and investing in technology. For its part, the BBC has introduced new initiatives to capitalise on the opportunities offered by this new marketplace including, most recently, BBC Sounds and improvements to the iPlayer service. To take further advantage, while continuing to meet its obligations as a universal public service broadcaster, the BBC will need to overcome certain challenges. These include continuing to make savings while investing in new technology and addressing an underlying lack of pace when implementing change. More immediately, as the BBC enters into licence fee negotiations, it needs to be able to articulate its current wider value to the UK economy.