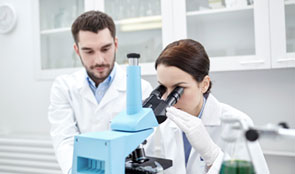 The Department for Business, Skills and Innovation has not used good quality information to decide which science capital projects to invest in to optimise scientific and economic benefits.

“BIS’s capital spending on science was above £1 billion in 2014-15 and this is expected to continue until 2021. Many long-running science projects have high levels of demand and have made notable scientific impacts. However, the Department has not used good quality information to decide which science capital projects to invest in to optimise scientific and economic benefits. We regard this, and other shortcomings, as undermining of BIS’s ability to prioritise and deliver value for money on its capital funding of scientific research.”

The Department for Business, Innovation & Skills invests in science to support economic growth and improve national productivity. Capital spending on science projects was £1.1 billion in 2014-15, and this will be maintained every year up to 2021. The department, however, needs to develop a more systematic and informed approach to investing in science projects, according to today’s report from the National Audit Office.

The Department’s £1.1 billion expenditure covers major national projects such as supercomputers and oceanographic research ships, capital for large national research facilities such as particle accelerators and the UK’s participation in international programmes such as the European Space Agency. It also covers capital funding allocated by the Higher Education Funding Council for England (HEFCE) for laboratories and research facilities in universities.

The NAO found that the Department’s processes for sifting project proposals and taking investment decisions have not been supported by good information. BIS has had to quickly identify projects to invest in when extra funding has become available at short notice but has not had a structured plan to help it do this. BIS has subsequently consulted with the research community to identify priorities for investment, but it did not have good quality information to assess and sift the resulting proposals.

More recently approved business cases have lacked key analysis, such as information on what projects could cost to run or assurance on how ongoing costs will be funded. Running costs of science infrastructure can be substantial. BIS has committed £3.2 billion of capital expenditure to 56 projects since the NAO previously reported on science projects in 2007, and the NAO estimates that these projects may cost some £2 billion to run between 2015-16 and 2020-21.

The report finds that many projects were delivered on time and within budget, with few exceptions, despite the technical risks involved with cutting-edge science projects. Of the 10 projects the NAO examined in 2007, five were delivered on budget including the HECToR supercomputer. Three exceeded their budgets by more than 10%. These included the Halley VI Antarctic research station, which was four years late and £15 million (45%) over budget because of reported difficulties with design specification. Of 20 subsequent projects which are now operational, none were delayed by more than a year and 16 were delivered within budget.

Among the NAO’s recommendations is that BIS should set out a more structured process for proposing projects, identifying priorities and taking funding decisions.