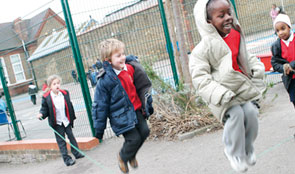 The Department must make the best use of the capital funding it has available by continuing to increase the use of data to inform its funding decisions and by creating places where it can demonstrate that they will have the greatest impact.

“Having enough school places in safe, high-quality buildings in the right areas is a crucial part of the education system. The Department has responded positively to start to meet the challenges it faces in relation to the quality and capacity of the school estate. Significant challenges remain, however, as the population continues to grow and the condition of the ageing estate deteriorates. To deliver value for money, the Department must make the best use of the capital funding it has available - by continuing to increase the use of data to inform its funding decisions and by creating places where it can demonstrate that they will have the greatest impact.”

The Department for Education, working with local authorities and schools, has created a large number of new school places and is making progress in improving schools in the worst condition, but significant challenges remain, according to the National Audit Office.

Between 2010 and 2015, the Department and local authorities created 599,000 new school places at a cost of £7.5 billion, mostly in good or outstanding schools, enabling them to meet the growing demand for places. The Department has also improved how it estimates the need for school places, collecting more localised forecasts of pupil numbers, and allocates money more closely according to need.

Pupil numbers are continuing to grow and the demand for places is shifting to secondary schools where places are more complex and costly to provide as they require specialised facilities, such as science laboratories. Today’s report found indicators of pressure on school places in some local areas, with large amounts of spare capacity elsewhere. Nationally, in 2016, 10 per cent of primary places and 16 per cent of secondary places were unfilled. Some spare capacity is needed to allow parents to exercise choice. This spare capacity does not, however, mean that all areas have enough places, with particular pressure in London and the South East.

According to the NAO, the expected deterioration in the condition of the school estate is a significant risk to long-term value for money. Responsibility for maintaining the condition of school buildings is devolved to schools, multi-academy trusts and local authorities. The Department’s property data survey estimates it would cost £6.7 billion to return all school buildings to satisfactory or better condition, and a further £7.1 billion to bring parts of school buildings from satisfactory to good condition. The most common major defects are problems with electrics and external walls.

While the Department cannot yet assess reliably how the condition of the school estate is changing over time, it estimates that the cost of dealing with major defects in the estate will double between 2015-16 and 2020-21, even with current levels of funding, as many buildings near the end of their useful lives. Much of the school estate is over 40 years old, with 60% built before 1976.

Free schools were introduced to introduce innovation, offer parents more choice and help improve the quality of education through competition between schools. They are also playing an increasingly important role in addressing demographic need for new school places. In some areas, however, free schools are creating spare capacity which may have implications for schools’ financial sustainability. The Department plans to open 500 new free schools between May 2015 and September 2020 but the biggest risk to delivering these schools is the availability of suitable sites. A lack of suitable land means that the Department sometimes enters into complex commercial agreements and pays large sums to secure sites in the right places. The NAO found that while the average cost of the 175 sites bought by the Department is £4.9 million, 24 sites have cost more than £10 million, including four that have cost more than £30 million. To help secure free school sites quickly and at the best price the Department is setting up a property company.