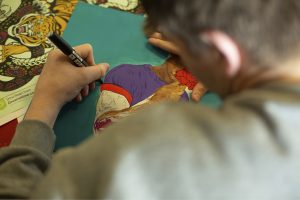 Sector(s): Children and families, Education and skills, Law and the justice system

In England and Wales, children aged between 10 and 17 can be held criminally responsible for their actions. In February 2022, there were 414 children in custody. Once children are sentenced to custody, the Youth Custody Service (YCS) determines where to place them in the secure custodial estate based on each child’s individual needs, the youth offending team’s placement recommendation, and the accommodation available. As at April 2022, the secure custodial estate comprised three types of institution:

Reports in recent years indicate a deterioration in the standard of provision for children in YOIs and STCs. As at April 2022, two STCs – Medway and Rainsbrook – have closed, and the third, Oakhill, is under an improvement plan following problems identified in a critical inspection.

In 2016, the government-commissioned Review of the Youth Justice System in England and Wales recommended that the Ministry of Justice (the Ministry) create secure schools. These schools would be a new form of custodial establishment that provide enhanced educational and rehabilitation services to children in a therapeutic environment. In December 2016, the Ministry accepted the report’s recommendation and set out its intention to create two new secure schools. Work is under way to create one secure school, but it has not opened yet.

This report aims to support Parliamentary scrutiny over care and safety at STCs and the Ministry’s and HM Prison & Probation Service’s (HMPPS) progress with establishing secure schools by setting out the facts around:

Sector(s): Children and families, Education and skills, Law and the justice system