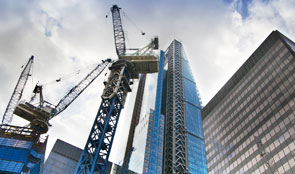 Wave 1 City Deals encouraged cities to develop capacity to manage devolved funding and increased responsibility. It is too early to tell what impact they will have on growth.

“Wave 1 City Deals were an important part of a longer-term discussion between local leaders and central government about devolution and growth. There were lessons for both sides; for example, some programmes in the Deals have had an early impact, but there have been delays to some more ambitious and innovative programmes. It is in the interests of both cities and the government to know which programmes have the biggest impact for the money invested. However, their understanding of this will remain limited without a shared approach to evaluating the impacts of the programmes”

The government’s Wave 1 City Deals were an important catalyst for cities to develop their capacity to manage devolved funding and increased responsibility for economic growth, according to the National Audit Office. However, it is too early to tell whether the deals will have any overall impact on growth.

City Deals are designed to empower local leaders and businesses to create local growth, and enabled cities to present their local economic priorities directly to government decision-makers. The first City Deals – known as Wave 1 – were signed with the 8 largest cities outside London in 2012, with government departments committing up to £2.3 billion to the deals, spread over 30 years.

The government has set out its ambition to continue devolving responsibility for local growth to cities and other local places. Today’s review highlights that both the government and local places can learn from the experience of Wave 1 City Deals to manage devolution to local places effectively.

There have been early impacts from some of the individual programmes agreed in the deals. It has, however, taken longer for cities and departments to implement some of the programmes that required more innovative funding or assurance mechanisms. For example, Greater Manchester’s proposed ‘earn back’ deal, which enabled the combined authority to retain a portion of additional tax revenue generated by its investment, required HM Treasury to calculate the extra tax revenues generated by local investment. It was autumn 2014 before HM Treasury and Greater Manchester agreed a simpler arrangement.

The Cities Policy Unit’s approach to the initial negotiations was effective in securing the cities’ commitment to the new approach that the Wave 1 deals represented. The Unit, however, prioritised agreeing the deals and setting out high level ambitions and commitments in a short time frame. This meant it did not consult with all the relevant departmental officials before ministers made those commitments. Some of the practical issues around funding and assurance were not considered until after the deals had been signed.