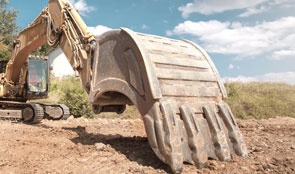 Disposal of public land for new homes: a progress report

The Department for Communities and Local Government (DCLG) has made progress in setting up its new programme to release enough public sector land for 160,000 homes by 2020 but the programme has had a relatively slow start.

"While progress has been made, DCLG still has a lot to do to meet the government’s commitment to dispose of land for 160,000 homes by 2020. The current programme has had a relatively slow start. At most, 8% of the overall commitment has been achieved in the first full ten months of the programme, meaning departments must now dispose of more land in each of the remaining four years than they achieved in any year of the previous land disposals programme."

The Department for Communities and Local Government (DCLG) has made progress in setting up its new programme to release enough public sector land for 160,000 homes by 2020, but so far only land with capacity for an estimated 8,580 homes has been disposed of. The Department has, however, committed to monitor the progress of land development including the number of homes built, according to the National Audit Office.

Today’s report found that, in the first full ten months of the new programme, the department has only met 5% of its commitment. Additional land with capacity for another 4,853 homes (an additional 3%) has been disposed of. The Homes and Communities Agency, responsible for collecting information from government departments, has not yet however obtained sufficient evidence that this additional land will actually be developed for housing.

In order for DCLG to achieve the commitment, departments must dispose of more sites in each of the next four years than in the best performing year of the previous land disposals programme. Departments have so far identified additional land with capacity for a further 104,461 houses, or 65% of the programme; however, a little over half of the housing capacity is on “high risk” sites. These are sites, by DCLG’s definition, where there is at least one issue preventing the exchange of contracts that is unlikely to be resolved by 2020. Departments told us that many of these sites are high risk because the land is still in operational use, and that decisions on whether the land is surplus will be taken later in this Parliament.

In 2015, the NAO reported that DCLG could not demonstrate how the first land disposals programme (2011 to 2015) had helped the housing shortage or achieved value for money. For the new programme, departments are required to capture specific information in relation to their land sales, however DCLG does not require departments to monitor the actual number of homes built. The Committee stated in its last report that it will hold DCLG to account for the value for money of the programme as a whole. DCLG’s considers that if each individual sale represents value for money, then the whole programme will represent value for money.

The 2015 Spending Review set out departments’ contributions to the land disposals commitment. The DCLG provided departments with a programme handbook, which sets out the overall objectives of the programme, but has still not made the details of the new programme public. DCLG promised that it would publish these details in spring 2016, but now intends to do so in summer 2016.