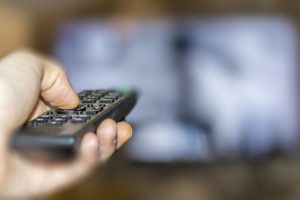 This report examines whether the BBC has managed E20 in a way that is likely to achieve value for money.

The BBC is the UK’s main public service broadcaster. In 2017-18, the BBC spent around £2 billion of its licence fee income on television, including £1.3 billion on BBC One. One of the BBC’s flagship TV programmes is EastEnders, which has been broadcast since February 1985. The BBC is replacing the external filming set for EastEnders and the core infrastructure at BBC Elstree Centre (BBC Elstree) as part of a programme of activity (the programme) called ‘E20’ which, among other objectives, aims to enable improved audience engagement with EastEnders.

E20 is one of the BBC’s nine Tier One (particularly complex) projects within its Critical Projects Portfolio. In 2016, we examined the performance of the BBC’s critical projects, which are subject to additional corporate and executive scrutiny. We concluded the BBC had strengthened oversight of its critical projects, but further action was required. In 2016 we reported that E20 was forecast to complete 26 months later than originally planned owing to a substantial change in scope. At that time, the BBC considered that successful delivery of the project appeared probable. Subsequently, for E20, the BBC has taken action in response to our relevant 2016 recommendations.

This report examines whether the BBC has managed E20 in a way that is likely to achieve value for money. Owing to a significant scope change, the report uses the programme’s 2015 business case as the baseline to assess value for money. However, we report on the programme from 2013 when the first E20 business case was developed. This report focuses on:

The BBC built the external filming set for EastEnders (including ‘Albert Square’) in 1984, and originally planned to use it for two years. It has lasted for 34 years but is no longer fit for purpose. There are, for example, filming delays and maintenance costs as a result of stoppages in production due to health and safety concerns. The BBC will not be able to deliver value for money on the E20 programme in the way that it envisaged in 2015. Disappointingly, some of the reasons for this were built into E20 at the outset and could have been addressed earlier. These include insufficient construction project management expertise that contributed to a lack of appropriate technical challenge, inadequate integration between the programme team and end users, and early planning processes that led to underestimation of aspects of complexity, cost and risks of its revised approach. The programme costs have also been adversely impacted by inflation in the construction industry across the UK, which has had a greater impact than it would have done had the programme completed without any delays.

E20 has been subject to ongoing scrutiny and reporting and, in the past 18 months, the BBC has made many improvements to the programme and various elements of E20 have been completed. Furthermore, the benefits of the programme still appear to be broadly achievable, albeit at a later date. As the Front Lot construction only started in October 2018 and the Back Lot is at an early design stage, it is not yet possible to conclude on the value for money of the latest programme plan. Therefore, sustained scrutiny, including by the Board, is required to prevent this programme going off-track again, and to ensure the maximum benefits are achieved for licence fee payers, albeit at a substantially higher cost and later than originally planned.