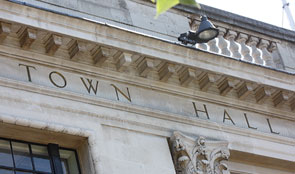 Devolution deals to devolve power from central government to local areas in England offer opportunities to stimulate economic growth and reform public services for local users, but the arrangements are untested and government could do more to provide confidence that these deals will achieve the benefits intended

“Despite several iterations of deals, the government’s approach to English devolution still has an air of charting undiscovered territory. It is in explorer mode, drawing the map as it goes along. Some of the opportunities and obstacles are becoming clearer, but we still do not have a clear view of the landscape or, crucially, an idea of the destination. Devolution deals provide important opportunities to reform public services. As with any experiment, some elements will work better than others. As we have said before, it is in the interests of both local areas and the government to know which programmes have the biggest impact for the money invested. Localism is not a reason for failure to learn from experiences or to spread best practice.

Devolution deals to devolve power from central government to local areas in England offer opportunities to stimulate economic growth and reform public services for local users, but the arrangements are untested and government could do more to provide confidence that these deals will achieve the benefits intended, according to the National Audit Office.

Over the last 18 months, 10 devolution deals have been agreed, outlining the transfer of powers, funding and accountability for policies and functions previously undertaken by central government, in Greater Manchester, Cornwall, Sheffield City Region; the North East; Tees Valley; Liverpool City Region; the West Midlands, East Anglia; Greater Lincolnshire; and the West of England. They are the latest in a range of initiatives and programmes designed to support localism and decentralisation.

HM Treasury and the Cities and Local Growth Unit are responsible for managing the negotiation, agreement and implementation of devolution deals on behalf of central government as a whole. All of the deals include an agreement on devolved responsibility for substantial aspects of transport, business support and further education. Other policy areas included in some of the deals are housing and planning, employment support and health and social care.
The government has announced new additional investment funding of £246.5 million a year alongside the devolution deals announced so far. Over time, the government intends to combine this funding with a number of other funding streams into a ‘single pot’ to enable more local control over investment decisions, and has announced £2.86 billion of initial allocations over 5 years for the first 6 mayoral devolution deals.

According to the NAO, however, there are significant accountability implications arising from the deals which central government and local areas will need to develop and clarify. These include the details of how and when powers will be transferred to mayors and how they will be balanced against national parliamentary accountability. The deals agreed so far involve increasingly complex administrative and governance configurations.

And as devolution deals are new and experimental, good management and accountability both depend on appropriate and proportionate measures to understand their impact.

To improve the chances of success, and provide local areas and the public with greater clarity over the progression of devolution deals, central government should clarify the core purposes of devolution deals as well as who will be responsible and accountable for devolved services and functions, and should ensure it identifies and takes account of risks to devolution deals that arise from ongoing challenges to the financial sustainability of local public services.