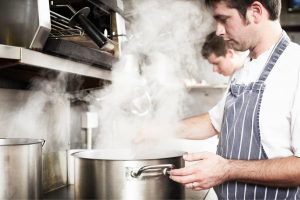 This report examines the effectiveness of regulations to ensure that food is safe and is what it says it is.

The food supply system is highly complex. It involves around 516,000 food businesses in England, including food producers, processors, retailers and caterers of varying sizes. Around half of our food is imported from the EU and other countries, often through complex global supply systems.

Since we last reported on the food system in 2013 (Food safety and authenticity in the processed meat supply chain), new risks to food safety and standards have emerged. In particular, as an EU member state, the great majority of the UK’s food regulation legislation has been driven by EU law. Therefore, the UK’s exit from the EU will have a significant impact on the regulatory system and could influence the origin of food consumed in the UK in the future.

This report focuses on the effectiveness of the current regulatory arrangements to ensure that food is safe to eat and is what it says it is. Specifically, we cover food safety controls and food safety standards (Food Standards Agency policy responsibility) and food composition and labelling requirements (Defra policy responsibility). Any failure in the food regulatory system can impact on the safety of food, and therefore the ability of the FSA to meet its policy objectives, so we have also examined the coherence of the wider regulatory system, and its ability to respond to both emerging risks and future challenges.

Food-borne illness is estimated to cost the economy and individuals around £1 billion each year. The FSA has made progress in measuring whether regulation is working to protect consumers, while the majority of food businesses are meeting hygiene standards and levels of major food-borne illnesses are broadly stable. However, the food regulation system is complex, has come under increasing financial pressure and has elements that are outdated.

The FSA has embarked on a change programme to create a more modern regulatory system. While the need to prepare for EU Exit has allowed the FSA to accelerate some important elements of its reforms, such as introducing a new system for registering food businesses, unresolved issues remain including the future financial sustainability of the system. We have concerns about the ability of the current regulatory system to achieve value for money in response to uncertain circumstances ahead, including new trading scenarios following the UK’s exit from the EU and other emerging risks to food safety.