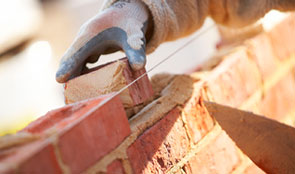 It has not yet been demonstrated that funding mechanisms for supporting local economic growth are capable of delivering value for money.

“Three years on from the 2010 White Paper, the new local Enterprise Partnerships are taking shape and jobs are being created. But the transition from the old to the new schemes has not been orderly and there has been a significant dip in growth spending. To secure value for money from both the existing schemes and the new £2 billion Growth Deals, central government needs to make sure that there is enough capacity centrally and locally to oversee initiatives, that timescales are realistic and that there is clear accountability.”

It has not yet been demonstrated that Local Enterprise Partnerships, Enterprise Zones and City Deals, and funding mechanisms for supporting local economic growth, such as the Regional Growth Fund, are capable of delivering value for money, according to a report today from the National Audit Office.

In 2010, the Government set out a new approach for local economic growth, in the White Paper Local growth: realising every place’s potential. This involved the closure of the Regional Development Agencies and their replacement with new local growth organizations and funds, such as Local Enterprise Partnerships and the Regional Growth Fund.

The NAO report found that the Enterprise Zones and the Regional Growth Fund have also been slow to create jobs and face a significant challenge to produce the number of jobs expected. The estimate of jobs to be created by Enterprise Zones by 2015 has dropped from 54,000 to between 6,000 and 18,000.

There is also no plan to measure outcomes or evaluate performance comparably across the range of different local growth programmes.  Departments cannot therefore show value for money across the programme of local growth initiatives or be sure about where to direct their resources to achieve the most impact.

While the Government closed the Regional Development Agencies effectively, it did not establish the new local programmes covered in today’s report in time to avoid a significant dip in local growth funds and jobs created. Direct central government spending on local economic growth through the initiatives fell from £1,461 million in 2010-11 to £273 million in 2012-13, but will rise to £1,714 million in 2014-15.

Central government needs to plan such reorganizations more effectively, to ensure that sufficient capacity is in place both centrally and locally to oversee initiatives and that accountability is clear. The Department for Business, Innovation and Skills and the Department for Communities and Local Government also need to address how they intend to evaluate performance and monitor outcomes.