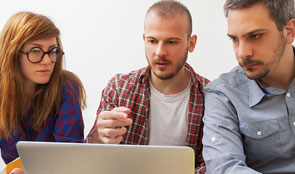 If the government is serious about increasing its use of small and medium - sized enterprises (SMEs), it will need to focus on those areas where SMEs can deliver real benefits.

“If the government is serious about increasing its use of SMEs, it will need to focus on those areas where SMEs can deliver real benefits. The government’s direct procurement spending with small and medium-sized enterprises was £4.9 billion in 2014-15. As it seeks to increase this further, government will need to think carefully about the full range of risks and opportunities that contracting with SMEs presents, compared to working with larger providers.”

The National Audit Office has today published a report setting out the progress made so far and the challenges faced by the government in its efforts to increase its spending with small and medium-sized enterprises (SMEs) further by 2020.

The NAO says that it cannot be certain, however, whether the amount government spends with SMEs has increased over the last Parliament. The reported annual increases in spending with SMEs happened in parallel with the CCS’ work to improve its data. According to the NAO, therefore, it is not possible to know how much of the reported increase is due to the changes in approach and how much is an actual increase in SME activity.

Government has tried to harness the potential benefits of involving SMEs in the public sector marketplace for many years. The departments that the NAO spoke to agreed that SMEs can offer a number of benefits to the public sector, compared with other providers, including more flexibility and innovative approaches.

Over the last five years, the Government has had a clear and sustained focus on the involvement of SMEs in government contracts. Government has introduced initiatives to reduce the barriers faced by SMEs when bidding for public sector work. SMEs have reported, however, that they still face barriers as government initiatives are, in practice, not sufficient to ensure that more work flows to SMEs.

Government will be more likely to realise the potential benefits of using SMEs if it takes a more focused approach to improving access for SMEs. It currently bases its approach on the assumption that more SMEs will win work with government if there are fewer barriers to SMEs being able to bid. However, wider trends in government contracting mean that, although SMEs can bid for work, they are often not suitable to deliver it.

Government needs to take a more concerted effort not only to remove barriers to bidding, but to ensure that what and how government procures achieves the desired benefits of using SMEs. Government must also balance its aspirations for using SMEs with other potentially conflicting priorities, such as pressures on departments to make savings.

Among the NAO’s recommendations is for the CCS to identify areas of government spending where SMEs can have the most impact and to use best practice to inform future decisions.