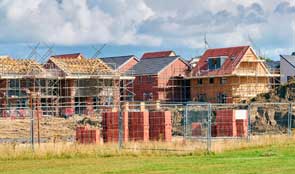 The need for housing in England has in recent years grown faster than its supply, and housebuilding needs to increase across the country.

“The need for housing in England has in recent years grown faster than its supply, and housebuilding needs to increase across the country.The government has responded to this by putting in place a range of policies to increase housing supply and home ownership. Central to this is an ambition to increase the supply of housing by one million homes by 2020, largely through support to private housebuilders. Delivery of this target will not require a substantial increase in current levels of housebuilding.”

The National Audit Office has today published an overview of the housing market in England, the Department for Communities and Local Government’s housing strategy and the overall housing policy landscape. The need for housing in England has in recent years grown faster than its supply.

Total estimated government spending on housing in England was approximately £28 billion in 2015-16. The most significant element of this is housing benefit. In 2015-16 there were 4.1 million claimants in England, costing around £20.9 billion. Two of the Department’s four strategic objectives for this Parliament are focused on housing: increasing home ownership, and increasing the supply of homes, with an ambition of delivering a million new homes in England by 2020.

According to the NAO, housebuilding has not kept pace with need, and this is particularly acute in London. Projections suggest there will be at least 227,000 new households formed each year between 2011 and 2021. This is substantially higher than the annual average of 166,000 extra homes in England over the last 10 years. Delivery of the government’s million new homes ambition by 2020 will require 174,000 net additions each year. The Department measures new homes as net additions; this is not only newly-built homes, but also includes converted properties. The Department is reliant on the market to achieve its housing objectives and it is not yet clear what impact the result of the referendum on Britain’s membership of the European Union will have on the market. For example, despite early indications of a slowdown immediately after the referendum result, more recent evidence points to modest increases in numbers of sales being agreed in England.

Housing has become more affordable for existing homeowners, with the proportion of owner-occupiers who spend at least a quarter of their disposable income on housing falling from 40% to 19% of people with a mortgage. By contrast, housing has become less affordable for first-time buyers, and social housing rents have been increasing faster than earnings since 2001-2.

Homelessness has also increased over the past five years. At the end of March 2016, 71,500 homeless households in England were in temporary accommodation, up from around 48,000 in 2010-11.

Various public bodies have responsibilities for housing, often using housing as a means of achieving other objectives. In addition, changes made in one area of housing policy can have impacts in other areas. In July 2015, for example, the government announced a reduction in the rents housing associations and local authorities could charge of 1% per year. This reduced the ability of housing associations to finance the construction of new housing.