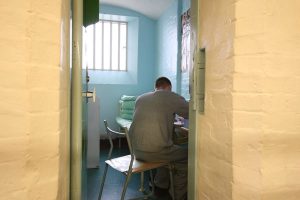 National Audit Office report: Investigation into the Parole Board

Investigation into the Parole Board

The Osborn ruling in October 2013 had an immediate impact on the demand for oral hearings conducted by the Parole Board.

The National Audit Office has today published the findings from its investigation into the Parole Board (The Board). The Board is responsible for deciding whether prisoners can be safely released from prison and advising on movement between closed and open prisons across England and Wales. The NAO examined the Board in 2008 and made a number of recommendations to improve efficiency, in particular to address a backlog of outstanding cases. A Supreme Court ruling in 2013 (The Osborn ruling) broadened the circumstances in which the law requires the Board to hold an oral hearing. This led to an increase demand for oral hearings by the Board. The number of outstanding parole cases increased sharply, leading to increased delays and additional costs.