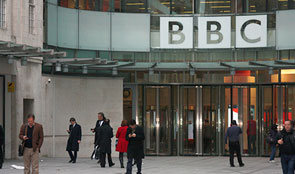 Management of the BBC’s critical projects

BBC has improved the way it manages its business critical projects. Most are on course to deliver and achieve their intended benefits but needs to do more to manage its critical projects as a coherent portfolio.

"We welcome the National Audit Office report, which recognises that the BBC has strengthened its oversight of critical projects. Learning from experience is important in any organisation, and the BBC has done a lot to speed up project reporting and introduce stronger oversight. As the report notes, these key changes will help the BBC to deliver expected benefits worth £1.9bn to licence fee payers. We will continue to press the BBC Executive to make sure these benefits are delivered on time and on budget, as well as monitor the implementation of the NAO’s recommendations."

Nick Prettejohn, Chair of the BBC Trust’s Value for Money Committee, 10 May 2016

"The BBC has learnt from our report on the failure of DMI and taken a number of steps to strengthen its oversight of critical projects. But further concerted action is needed. The BBC needs to do more to manage its critical projects as a coherent portfolio if it is to achieve value for money from its assurance arrangements."

The BBC has improved oversight of its portfolio of critical projects, following the serious shortcomings that the National Audit Office identified in the oversight and delivery of its Digital Media Initiative (DMI) project. However, according to a new NAO report, the BBC’s assurance arrangements cannot give confidence that projects will achieve value for money if performance and expected benefits are not defined from the start. The report also calls for the BBC to increase its focus on how their projects work together to achieve strategic aims.

The BBC has identified eight projects that are the most strategically important, complex and high risk. It forecasts that seven of the eight critical projects will cost a total of £885.1 million, while the BBC expect the eight projects in total will achieve £1.9 billion in financial benefits. The BBC’s performance reporting suggests that by February 2016 delivery was ‘probable’ or ‘highly likely’ for six of the eight projects. It rated delivery to be ‘feasible’ for one project (Aurora), and ‘in doubt’ for another (MyBBC). In March 2016 the BBC informed the NAO that it expected the outstanding issues on MyBBC to be resolved. The BBC rated achievement of planned outcomes as ‘probable’ or highly likely’ for seven projects and ‘feasible’ for one (E20).

The NAO found five of the eight projects in the portfolio have been delayed in comparison with the timetable approved in the business plan, which suggests optimism bias at the business plan stage. Three projects (Aurora, E20 – rebuild of the EastEnders set, and Smart) have each been delayed by 22 months or more. Overall, the BBC has sought to remain within approved budgets by re-examining planned costs and its approach to delivery. In only one case (Smart) were delays associated with significant cost increases, from £39 million to £55.7 million, during implementation. At the same time, forecast benefits increased by £12.4 million. In response to the failure of the DMI project, the BBC has increased the frequency of reporting on project performance to the Executive Board from quarterly to monthly. It has also reduced the time taken to get performance information to the Board, from 66 days in 2013 to 27 days in 2015. This has helped the Executive Board to recognise and respond to problems more quickly than before.

The assurance arrangements have worked well where projects have been clearly defined, but there remain some weaknesses in defining responsibilities and expected benefits. Six of the projects the NAO examined had a clear scope, defined benefits, and it was clear from the documentation who was accountable for delivery. For the most part, the assurance arrangements were effective in challenging potential weak points in those projects. For MyBBC, responsibilities and expected benefits were less clearly defined early in the project, and for End-to-End Digital –  which included a number of sub projects – it was not clear from the documentation what the overall accountability for the project encompassed.

The BBC’s critical project portfolio has helped focus the attention of the Executive Board on key projects. However, the Board needs a greater top-down focus on how the projects as a portfolio are performing against delivering the BBC vision. In particular the NAO considers that there is scope for all members of the Executive Board, including non-executives, to take a more active role in deciding which projects are included in the portfolio.

Among the NAO’s recommendations are that the BBC should make it clear who is accountable overall for projects, ensure that reporting on project performance is always clear and comprehensive and to set out at an early stage the expected benefits and outcomes.