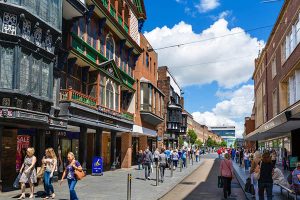 This report considers lessons DLUHC has learned from implementing local growth policies, and how it has applied them.

Between 2011 and 2020, government committed some £18 billion of domestic funding to policies designed to stimulate local economic growth in England. This includes £12 billion through the Local Growth Fund, and £3.2 billion through the Regional Growth Fund. A further £10.3 billion was directed to the UK through EU structural funding committed between 2014 and 2020. However, the UK remains less productive than its main competitors and it shows regional disparities in economic performance that are among the largest in the Organisation for Economic Co-operation and Development.

The Department for Levelling Up, Housing & Communities (the Department), working with other government departments, is responsible for “raising productivity and empowering places so that everyone across the country can benefit from levelling up”. The Cities and Local Growth Unit is leading for government on a series of UK-wide place-based interventions for which spending was announced at the November 2020 Spending Review to support the regeneration of towns and communities. Government’s commitments through these interventions total £11.0 billion. Local authorities will bid for funding and deliver these initiatives at a local level. The Department is solely or jointly accountable to Parliament for all the funds examined in this report.

This report considers the lessons the Department has learned from a long history of implementing local growth policies. It examines how it has applied these lessons to the one-year UK Community Renewal Fund and the following place-based interventions:

The Department recognises that its spending decisions should be based on robust evidence about what works for stimulating local economies. However, it has not consistently undertaken formal evaluations of the impacts of its past interventions. As a result, although it has now committed both effort and money to evaluate new interventions from the start, its evidence base for effective interventions is limited. The Department therefore lacks evidence on whether the billions of pounds of public funding it has awarded to local bodies in the past for supporting local growth have had the impact intended. And it has wasted opportunities to learn which initiatives and interventions are most effective.

The Department decided to consolidate local growth funding, and the largest of its new interventions is the £4.8 billion Levelling Up Fund on which it has worked closely with HM Treasury. Given the limited evidence base, we would have expected even greater scrutiny and independent challenge in the development of the Fund. However, government considered it proportionate to consolidate the three standard stages for business case assessment into one. Also, we have not seen the evidence we would expect on the options that had been considered for achieving ministerial aims when government is spending such a large amount of money. This reduces our confidence that the interventions will have the best possible chance of delivering value for money. In view of this, it is even more important that the Department should follow through rapidly on its recent commitments to improve measurement and evaluation in local growth.