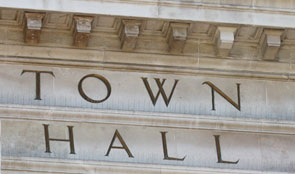 The Impact of Funding Reductions on Local Authorities

Local authorities have worked hard to manage reductions in government funding, but the DCLG needs to be better informed about the situation across England.

“Local authorities have worked hard to manage reductions in government funding at a time of austerity. At the same time, there is evidence of some service reductions.The Department really needs to be better informed about the situation on the ground among local authorities across England, in a much more active way, in order to head off serious problems before they happen. It should look for evidence of financial stress in local authorities to assure itself that they are able to deliver the services for which they are responsible. It should be clear about the knock-on effect of the various funding decisions taken by departments in Whitehall.”

Local authorities have coped well with reductions in government funding, but some groups of authorities are showing clear signs of financial stress. The Department for Communities and Local Government has a limited understanding of authorities’ financial sustainability and the impacts of funding cuts on services, according to the National Audit Office.

The Government will reduce its funding to local authorities by an estimated 28% in real terms between 2010-11 and 2014-15. Further planned cuts will bring the total reduction to 37% by 2015-16, excluding the Better Care Fund and public health grant. Although there have been no financial failures in local authorities in this period, a survey of local auditors shows that authorities are showing signs of financial pressure. Over a quarter of single tier and county councils (those authorities responsible for social care and education) had to make unplanned reductions in service spend to deliver their 2013-14 budgets. Auditors are increasingly concerned about local authorities’ capacity to make further savings, with 52% of single tier and county councils not being well-placed to deliver their medium-term financial plans.

There are significant differences in the scale of funding reductions faced by different authorities. Authorities that depend most on government grant are the ones most affected by funding reductions and reforms. This was an outcome of policy decisions to tackle the fiscal deficit by reducing public spending, and for local authority funding to offer incentives for growth.

Local authorities have tried to protect spending on social care services. Other service areas such as housing services (-34%) and culture and leisure services (-29%) have seen larger reductions. While local authorities have tried to make savings through efficiencies rather than by reducing services, there is some evidence of reduction in service levels. Since 2010-11, for example, fewer days of residential care and homecare for adults are being provided.

According to the NAO, however, the Department does not monitor in a coordinated way the impact of funding reductions on services, and relies on other departments and inspectorates to alert it to individual service failures. In consequence, the Department risks becoming aware of serious problems with the financial sustainability of local authorities only after they have occurred.

The Department’s processes for assessing the capacity of authorities to absorb further funding reductions are also not sufficiently robust.

In a complementary report, Impacts of funding reductions on local authorities, the NAO found that there is significant variation in the way that authorities have responded to the funding reductions. Authorities that have had larger cuts in government funding have not been able to protect funding of adults’ and children’s social care to the same extent as those with lower cuts. The report also shows that certain sub-services have experienced very substantial cuts in spending. Spending on the Supporting People programme, housing support and advice for vulnerable people fell by 45%. Between 2010-11 and 2013-14, budgeted real terms spending on services for young people fell by 34%.