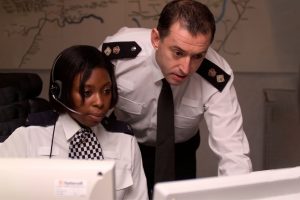 The Home Office (the Department) manages two police information and communication technology (ICT) systems: the Police National Computer (PNC) and the Police National Database (PND), which both need replacing. The PNC has been the main database of criminal records since 1974 and is used by front-line officers from all police forces in the UK, as well as 127 other organisations. The PND is a national intelligence-sharing system introduced in 2011. It makes more than 4 billion pieces of police intelligence available to licensed users in police forces and 18 other organisations.

This report assesses the Department’s progress in delivering the NLEDS programme by 2020 (Part One), the need for the 2020 reset of the programme (Part Two) and the way forward (Part Three).

Between 2016 and 2020, the Department did not achieve value for money against its plans to deliver NLEDS. The Department did not deliver the programme by its original timetable of 2020. This meant that the police and other public organisations had to continue to use legacy systems, which limits their ability to deliver crucial national requirements, including aspects of public safety. The delay has meant additional costs for the Department, the police and other users, to maintain legacy systems alongside the development of the new service.

The Department believes that its decision in 2020 to reset the programme will provide a more realistic approach to delivery. The Department is still developing its plans and these do not yet set out the full range of services that will be delivered for the police or when they will be available. The Department has not yet demonstrated that the NLEDS programme will be able to replace the PNC’s capabilities by December 2024 and it now plans to run the PNC using a database without full support for at least a year. The Department, therefore, still faces significant risks in delivering the reduced scope, particularly around police engagement, and many practical challenges remain.