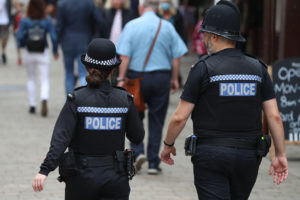 This report examines whether the Home Office is well placed to deliver value for money from the Police Uplift Programme.

The Home Office (the Department) has overall responsibility for policing in England and Wales. It allocates central government funding and decides how this is divided between the 43 territorial forces. Funding for police forces fell substantially after 2009-10, in line with government objectives to reduce the deficit. Between then and 2017-18, police officer numbers reduced by more than 21,000 to 122,405 full-time equivalent officers. Responding to this pressure on funding, and the changing nature of demands on policing, Policing Vision 2025 set out how future local policing would be tailored to society’s complex and diverse needs built on evidence-based demand analysis, with more specialist capabilities and an agile and professional workforce.

In July 2019, the government announced plans to recruit an additional 20,000 police officers in England and Wales by the end of March 2023. This represents a planned net increase, and to meet the target, while compensating for resignations and retirements, forces will have to recruit approximately 50,000 officers over the three years. The Department established the Police Uplift Programme (the Programme) to help forces to achieve this. It committed to putting the new officers on the streets to reduce crime, protect communities and respond to changing demands on policing.

This report examines whether the Department is well placed to deliver value for money from the Programme. It covers the:

It is too early to assess whether the additional officers are delivering the wider aims of government to improve public safety and help to reduce crime, as they will need time to become fully effective in their roles. Furthermore, improvements in wider criminal justice outcomes depend on many more factors than the number of police officers. This report focuses on progress to date in recruitment, and how the Department plans to demonstrate the impact of the additional officers in the future.

The Police Uplift Programme has benefited from tightly defined objectives, strong support for its aims and effective joint working between the Department, National Police Chiefs’ Council, College of Policing and police forces. The Department is on track against its recruitment target and, through standardising processes and data collection, it has a richer understanding of the police workforce that should help support decision making in the future, both locally and nationally. In the narrow terms set for it – to provide forces with an additional 20,000 police officers – the Police Uplift Programme is on course to achieve value for money.

Ultimately, the benefits the additional officers are intended to bring will only be seen in the longer term. The Programme’s success will be judged on the impact it has on strengthening the ability of police forces to reduce crime, improve public safety and adapt to the changing demands they face. These outcomes may take several years to materialise and will depend on a complex range of factors, in addition to the skills and experience of the police workforce. To maximise the impact of the Programme and secure a positive legacy from its investment in additional officers, the Department will need to work closely with policing and the wider criminal justice system to manage the implications of rapidly recruiting such a large number of police officers. This will include providing clarity over future funding arrangements, so that forces are able to plan effectively and develop the capabilities necessary for 21st century policing.