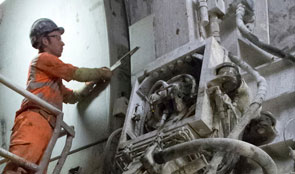 The role and remit of Local Enterprise Partnerships has grown since 2010, but the approach taken by DCLG to overseeing Growth Deals risks future value for money.

“LEPs’ role has expanded rapidly and significantly but they are not as transparent to the public as we would expect, especially given they are now responsible for significant amounts of taxpayers’ money. While the Department has adopted a ‘light touch’ approach to overseeing Growth Deals, it is important that this doesn’t become ‘no touch’. The Department needs to do more to assure itself that the mechanisms it is relying on ensure value for money are, in fact, effective.”

The role and remit of Local Enterprise Partnerships has grown significantly and rapidly since 2010, but as things stand, the approach taken by the Department of Communities and Local Government to overseeing Growth Deals risks future value for money, according to the National Audit Office.

The government encouraged the establishment of LEPs as private sector-led strategic partnerships which would determine and influence local growth priorities. With the advent of the Local Growth Fund, the amount of central government funding received by LEPs is projected to rise to £12 billion between 2015-16 and 2020-21 via locally negotiated Growth Deals. The Department, however, has not set specific quantifiable objectives for what it hopes to achieve through Growth Deals, meaning that it will be difficult to assess how they have contributed to economic growth.

Today’s report found that LEPs themselves have serious reservations about their capacity to deliver and the increasing complexity of the local landscape. To oversee and deliver Growth Deal projects effectively, LEPs need access to staff with expertise in complex areas such as forecasting, economic modelling and monitoring and evaluation. Only 5% of LEPs considered that the resources available to them were sufficient to meet the expectations placed on them by government. In addition, 69% of LEPs reported that they did not have sufficient staff and 28% did not think that their staff were sufficiently skilled. The NAO found that LEPs rely on their local authority partners for staff and expertise, and that private sector contributions have not yet materialised to the extent expected.

In addition, there is a risk that projects being pursued will not necessarily optimise value for money. Pressure on LEPs to spend their Local Growth Fund allocation in year creates a risk that LEPs will not fund those projects that are most suited to long term economic development. Some LEPs reported that they have pursued some projects over others that, in their consideration, would represent better value for money. LEPs have also found it challenging to develop a long-term pipeline of projects that can easily take the place of those that are postponed.

The Department has acted to promote standards of governance and transparency in LEPs, and all 39 LEPs had frameworks in place to ensure regularity, propriety and value for money by March 2015. The Department, however, had not tested the implementation of such assurance frameworks at the time that Growth Deals were finalised. The NAO found that there are considerable gaps in LEPs’ compliance with the Department’s requirements in this regard, and that the availability and transparency of financial information varied across LEPs.