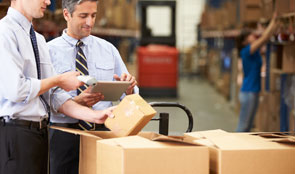 Improvements have been made to the running of the Regional Growth Fund, but there is still a significant amount of public money to allocate through the Fund.

The National Audit Office has concluded that the Department for Communities and Local Government and the Department for Business, Innovation & Skills have improved the governance of the Regional Growth Fund and taken on more staff with the levels of skill needed. The two departments have also sped up the process of making final offers to bidders and made progress in commissioning a formal evaluation of the Fund’s impact.

Despite this, the departments face a significant challenge, particularly in 2014-15 where the budget is £1.4 billion, to spend money as quickly as originally expected. There is still a significant amount of public money to allocate through the Fund. The NAO review indicates that value for money depends on the departments’ further tightening controls on the jobs and other benefits that bids offer, relative to their cost.

The Government established the Fund in June 2010 to encourage private sector enterprise by providing support for projects with significant potential for economic growth; and to support public sector dependent areas and communities to make the transition to sustainable growth and prosperity led by the private sector.

Today’s report finds that, following concern by the Public Accounts Committee that the cost benefit threshold for projects has been set at too low a level, the departments have introduced a revised expectation that the ratio of benefits to costs should be at least 2:1 before final offer letters are signed.

The average cost of each net additional job at the point of selection increased substantially in the third and fourth bidding rounds, bringing the average cost from £33,000 in rounds one and two to £37,400 now (an increase of 13 per cent).

Some £492 million has now reached projects but most of the Fund remains unspent. £917 million of the £2.6 billion funding allocated in the first four bidding rounds had been paid by the end of December 2013 but, of this amount, £425 million is being held by intermediaries.

The number of jobs created or safeguarded has increased by 22,100 since September 2012, bringing the total to 44,400. However, just under half of the jobs to date were created or safeguarded by only five schemes and the other half were delivered by the remaining 291 operational schemes in rounds one to three.